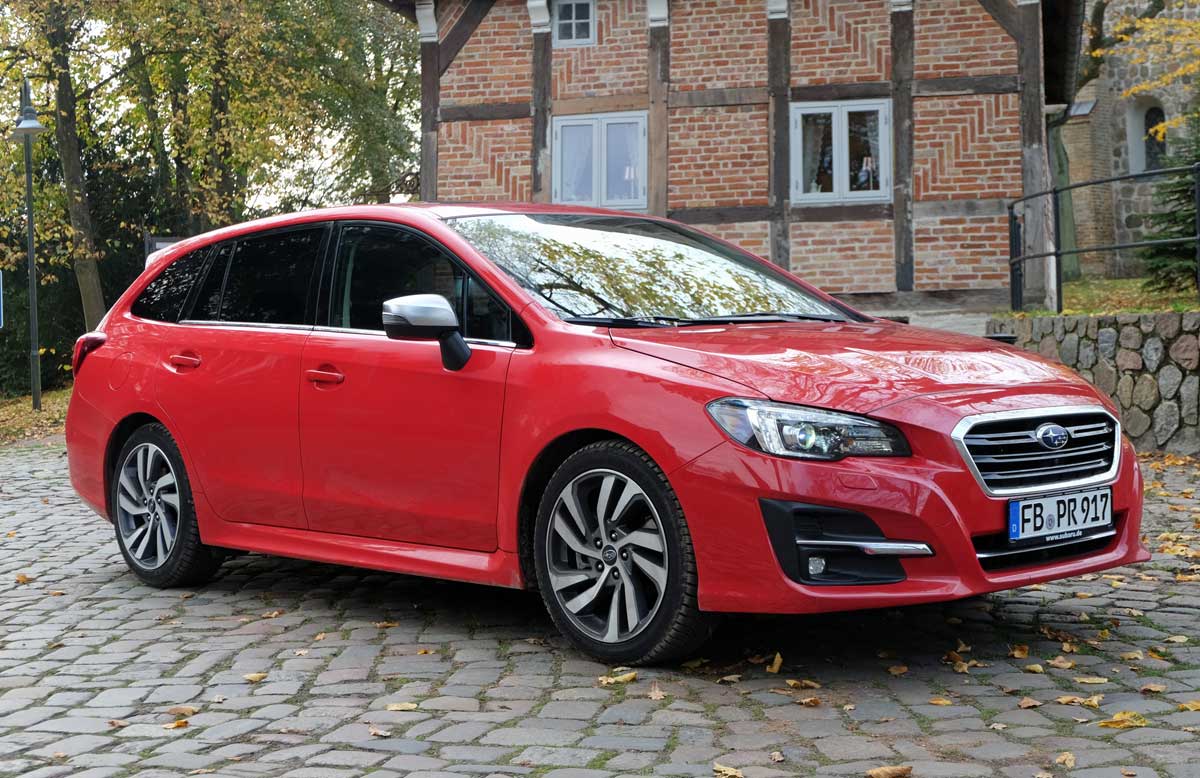 A manufacturer such as Subaru, which is relatively small in the world market, has to make an effort to come up with a clear concept. Therefore, certain unique selling points are important in the highly competitive automotive market. Subaru has consistently relied on four-wheel drive, the boxer engine and a sophisticated emergency braking system for decades. In the coming years, the transition to electromobility will also be initiated. A look at a special vehicle concept and the Eyesight system.

Conversion to the 2.0i engine in the Levorg

The new emissions standards have resulted in a change in the engine at the Levorg: Since the previously used 1,6-liter turbo gasoline engine with 170 hp did not meet the requirements of the new Euro 6d-Temp emissions standard, a 2,0-suction gasoline engine with 150 hp is currently being used built-in. With the new engine, Subaru clearly classifies it as a family car.
Compared to the previous model with the turbo boxer, there is no typical air inlet for cooling on the front hood of the current model. But there have also been many modifications in the interior, for example in the infotainment.

With the deep boxer engine as brand DNA, Subaru sets its own focus. A good overview in the direction of travel through the flat bonnet is a plus point. When driving, the steering does not convey such direct contact with the road. Otherwise, the chassis is set up in the classic way and is designed for long-distance journeys. Some comfort features are well designed for travel, such as a folding center backrest in the rear or the seats that can be folded down from the trunk using a lever. The trunk, which can be used flexibly and has between 522 and 1.446 liters of storage space, is sufficiently designed.

The Eyesight system is an integral part of the Subaru security system. The system was put under the microscope in the ADAC comparison test in summer 2017. In the typical simulated dangerous situations such as "parked cars", "dirty window - poor view", "sensor blind - no view", "restart" or "wet road", the system in a Subaru Outback was upgraded with the systems of a VW up! and a Seat Ateca compared. The ADAC's verdict on the tests is as follows: Eyesight warns the driver in good time and, if necessary, automatically initiates emergency braking - according to the automobile club, this ideally prevents accidents completely.

The screens arranged in the center console remain part of the infotainment as before and as a new driver you should first immerse yourself in the operation. The navigation system is installed relatively far down and as a driver it always takes a few moments longer to orientate yourself. The reversing camera, on the other hand, shows both in the upper display and on the infotainment display. The parking brake can be activated using a button in the center console. The multifunction steering wheel is extensively equipped with controls. A special feature is the "SI Drive" system, which allows you to choose between two driving modes. If you switch to the S mode, the Levorg switches to a dynamic sport mode.

The basic version is extensively equipped. It contains the adaptive cruise control, the light and rain sensor, the lane departure warning system, the electric parking brake and the Eyesight system. The basic version also includes the 7-inch display, a CD radio including DAB +, a smartphone connection, two-zone automatic air conditioning, rear seat backrest that can be folded down in two parts, seat heating at the front, 2 USB ports at the front and two at the rear and 17-inch alloy wheels.

The Levorg with the new motorization, including the standard all-wheel drive, feels particularly comfortable in the terrain and in the mountains. It offers a reasonable price-performance ratio with extensive equipment. The reduced power combined with the CVT transmission predestines the Levorg as a resilient station wagon for relaxed everyday use.