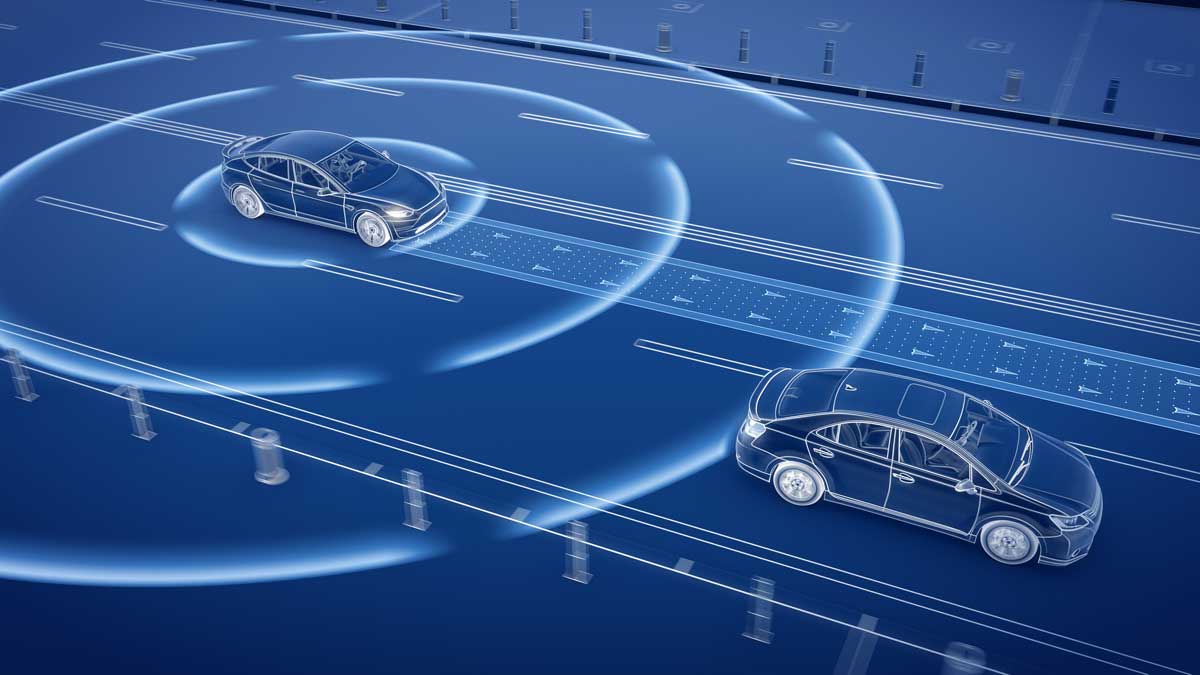 Automated driving will become even safer in the future. In addition to the previously installed camera and radar systems, this requires the use of distance measurements with the precision of a laser system. Bosch is planning to start series development of the first automotive-compatible lidar (light detection and ranging). A laser-based distance meter supports driving functions according to SAE levels 3 to 5, in which the vehicle takes over the functions of the driver. According to the manufacturer, the new sensor is intended to capture both large ranges in motorway operation and close-up areas in the city.

Bosch plans to use it in the mass market

With the help of economies of scale, Bosch says it wants to lower the price of the complex technology and make it suitable for the mass market. “Bosch closes the sensor gap and thus makes automated driving possible in the first place,” is the official statement from Bosch managing director Harald Kröger.

The parallel use of three sensors is intended to increase the safety of automated driving. According to Bosch's own analyzes, all use cases of automated driving functions have been examined - from motorway assistants to fully automated driving in the city. Special situations are mentioned as examples: If, for example, a motorcycle approaches an automated vehicle at a higher speed at an intersection, a lidar is required in addition to a camera and radar to ensure reliable detection of the two-wheeler. Because a narrow silhouette and plastic cladding are difficult to see for a radar in this case. A camera can also always be blinded by unfavorable incidence of light. This shows that if radar, camera and lidar are used in a trio, they complement each other optimally, according to Bosch, and provide reliable information in every driving situation.

In addition to the previously used camera and radar systems, the laser will be used as a third system in the future. The lidar sensor sends out a laser pulse and receives the backscattered laser light. The sensor calculates the distance to an object from the difference that the light needs for the distance covered. A lidar has a very high resolution with a long range and a large field of view. In this way, the laser-based distance meter reliably detects non-metallic obstacles at a great distance - for example stones on the road. According to Bosch, driving maneuvers such as braking or evasive action should be initiated in good time. At the same time, the use of a lidar in a vehicle places high demands on its components such as detectors and lasers - especially with regard to temperature resistance and reliability over the entire life of the vehicle.

When developing lidar, Bosch draws on its sensor and system know-how in the radar and camera sector, which means that all three sensor technologies can be optimally coordinated with one another, according to the manufacturer. “We want to make automated driving safe, comfortable and fascinating. In this way we are making a decisive contribution to the mobility of the future, ”says Kröger. The long-range lidar from Bosch should not only meet all safety requirements for automated driving. In the future, automobile manufacturers will also be able to efficiently integrate it into a wide variety of vehicle types.

Bosch is an innovation leader in sensor technology for driver assistance systems and automated driving. The company has been developing and manufacturing millions of ultrasonic, radar and camera sensors in-house for many years. With driver assistance systems, Bosch said it increased its sales in 2019 by twelve percent to around two billion euros. The assistance systems pave the way to automated driving. Most recently, the engineers succeeded in equipping the camera technology in the car with artificial intelligence and thus taking it to a new level of development.

It recognizes objects and divides them into classes such as vehicles, pedestrians or bicycles and measures their movement. In confusing city traffic, the camera can also detect and classify vehicles, pedestrians and cyclists that are partially covered or crossing, faster and more reliably. In this way, the vehicle can trigger a warning or emergency braking. Radar technology is also constantly being refined. The new generation of Bosch radar sensors should capture the vehicle environment even better - even in poor weather or light conditions. The basis for this is a high detection range, a wide opening angle and high angle separation capability.

In addition to Bosch, other companies are already developing combined systems for autonomous driving technology. Waymo as a Google offshoot already has its systems in trial operation. Up to now, permanent circling scanners have mainly been used for recording, which are installed centrally on the roof of the vehicles for 360 degree recording of the surroundings. This results in an optical disadvantage and the systems are also relatively expensive.

Bosch has been testing autonomous driving technology in cooperation with Daimler since the end of 2019 in the USA for a ride-sharing service. The requirements of mobile use in the mass market require further development work. What is required are very compact and inexpensive lidar systems that can be easily integrated into existing conventional sensor and camera systems.

There are other interesting topics in the current magazine. Subscription under