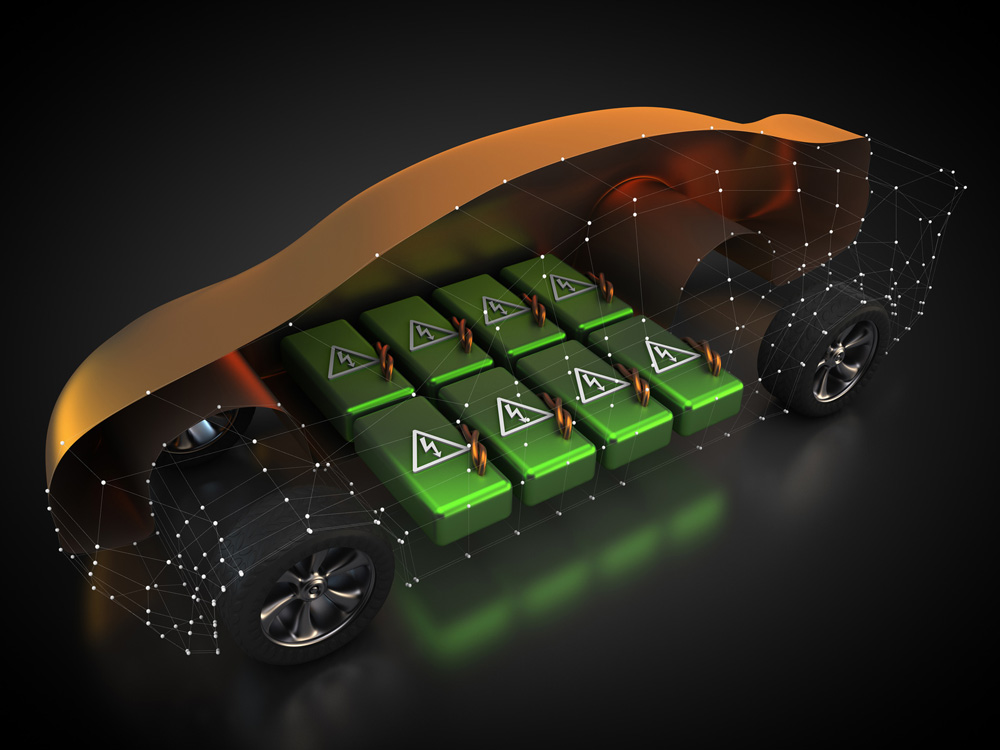 A look into the future of battery technology for electric cars

The battery is the Achilles' heel of electric cars because it supplies the motor with the necessary energy and determines how long the range is. Various battery technologies have established themselves on the market in recent years and technical development is progressing rapidly.

You can read about the trends and developments in battery technology in our informative article, explain the advantages and disadvantages of batteries and what opportunities they have on the market.

The history of the proven lithium-ion battery goes back to 1985, when the Japanese Akira Yoshino developed it. The battery is found in almost all mobile devices such as smartphones, tablets or notebooks, and this proven battery technology is also being increasingly used in electric cars because of its long range. Depending on the electric car, a battery charge results in an average of 200 to 500 kilometers. In the next few years, the ranges will increase to 1000 and more kilometers with ongoing development.

The lithium-ion battery (LIB) plays an important role in electromobility and is a crucial component because its capacity determines range and monthly costs. The power density and energy density is optimized.

There is no real competition for this established battery technology today, which is why the lithium-ion battery will remain the standard for the time being.

The higher the energy density, the greater the range and a high power density results in a shorter charging time. All batteries available on the market do not yet combine the two relevant properties in a balanced relationship.

New material combinations enable optimizations in terms of energy, safety and performance. The energy density will experience a massive increase with the use of lithium-air, lithium-sulphur, metal-air batteries and lithium solid batteries, from which electric cars will benefit through a longer range and cost reduction.

The trend in solid state batteries is towards high energy cathode and lithium metal anode, which will lead to higher performance. Solid materials are used as carriers for the charges between the electrodes in solid-state batteries, in particular polymers, glass, ceramics and hybrid materials.

The safety and energy density are higher compared to liquid electrolytes. Solid-state batteries have the advantage that the solid electrolytes make it easy to downsize the batteries and there is no risk of the carrier liquid leaking.

Solid-state batteries are characterized by good storability, a very long service life and non-flammability, which is why safety functions such as classic lithium-ion batteries can be dispensed with here.

The metal-air batteries are among the alternatives to the lithium-ion batteries, have a high energy density, short service life and longer range.

The battery type metal-sulphur batteries has a weaker energy density and compared to lithium-ion batteries the service life is shorter. Nickel and cobalt are not used here, which is why they are more environmentally friendly and cheaper. Metal-sulphur batteries are still a few years away from being ready for series production.

Metal-ion batteries are another exciting battery technology that uses metals other than lithium. The metals combine advantages and disadvantages, such as weight, cost, size and available resources.

The GAC Aion V appears in two variants
The Aion V is offered in two versions, 3C and 6C. The C could stand for the C-Rate, which indicates the relationship between charging power and battery capacity. The maximum charging capacity is only achieved by the 6C variant with the new graphene battery, which has a range of 1.000 kilometers according to the NEDC and can be charged in 8 minutes under optimal conditions, according to the manufacturer. The 3C version has a range of 500 kilometers and charges a little slower in 18 minutes.

In 2021, GAC Group made a breakthrough in graphene-based fast-charging battery technology, which has been used in the Aion V electric car since September. The production process is simple, stable and efficient, which, according to the manufacturer, reduces the costs to just a tenth of the classic process.

The Fraunhofer THM in Freiberg is working on a promising battery technology with aluminum ion batteries. For around five years, the research team has been researching a cell chemistry that is free of lithium and based on aluminum. Theoretically, a fourfold higher volumetric energy density is offered here compared to metallic lithium.

The innovative researchers' aluminum-ion battery (AIB) features a simple aluminum foil instead of a high-purity coated aluminum foil as in lithium-ion cells. Normal inexpensive aluminum foil will do. The advantages are a high level of safety, because there is no risk of fire as with lithium.

The laboratory cells have already achieved more than 10.000 charging cycles and more than 90 percent charging efficiency. The simple structure enables cost-effective production, aluminum is not a critical resource and does not even have to meet special quality criteria as a battery material. Inexpensive electrolytes based on urea can be used in the AIB. As an example of a realistic application in a few years, the Fraunhofer THM named highly dynamic network storage in stationary systems, because these usually require inexpensive cells with high power density.

Israeli company StoreDot is the first manufacturer to mass-produce silicon-based XFC batteries for electric cars. For testing, revolutionary A-Sample cells were manufactured by the Chinese company EVE Energy, which have been tested by automotive companies in real use since November 2021. The XFC batteries are to be produced on a large scale by 2024. The batteries can be charged extremely quickly and mean a revolution for electric cars.

Some of the new battery technologies described are still in the early stages of development or have only just reached laboratory status. It will take ten to twenty years before rechargeable metal-air batteries are ready for the market and mass production can begin.

The StoreDot XFC batteries have a short charging time and are expected to reach mass production by 2024. GAC Group's fast charge battery technology is based on graphene and is already in use with the GAC Aion V electric car.

The metal-sulphur batteries and metal-ion batteries still need a few years before they are ready for series production. Both battery technologies dispense with lithium and instead use metals to generate electricity.

As a result, the development of new battery technologies for electric cars is on the right track. Above all, rechargeable batteries that do not use lithium, cobalt, nickel and rare earths are trend-setting. The StoreDot XFC batteries have a short charging time and will drive electric mobility with the start of their mass production from 2024.

Long charging times, the range and the risk of fire are the weak points of the widely used lithium-ion batteries available today. The production costs of lithium batteries are high and are partly responsible for the still high purchase prices of electric cars.

The electric car prices will fall in the next few years, especially because of the new low-cost battery technologies and will therefore be more affordable for a larger number of customers.

Cover image – View of the battery on the body of an electric car. Copyright Patrick P. Palej @ fotolia.com

Which technologies do you find interesting?