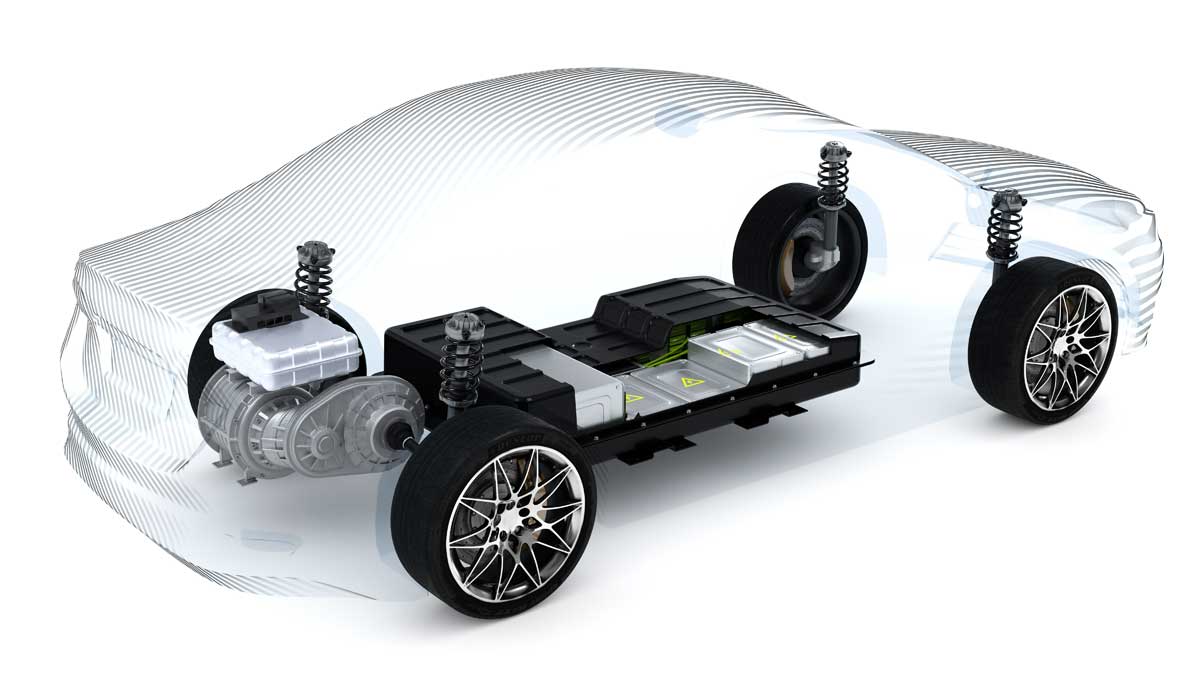 The basic principle of an electric motor is easy to explain: It converts electrical energy into mechanical energy. The basis for the motor is the magnetism phenomenon. The basic principle is the attraction of different poles and the repulsion of the same poles. A non-magnetically charged particle can be magnetized with electricity. It also lets you manipulate polarity, depending on the direction in which the current flows. In the simply constructed electric motor there is basically a fixed magnetic part, the stator. The moving part is the rotor. We take a look at the most important types in automobile construction.

The current is fed into the coils via brushes and the polarity is reversed by a commutator (commutator), as the brushes briefly run over a small area that is not supplied with power. The reversal of the charge reverses the magnetic field generated by the coil, so that the rotor aligns itself again in the magnetic field of the stator. DC machines have a relatively poor heat dissipation, have the disadvantage that the brushes have to be replaced after a certain period of time and are therefore rarely used in electric cars. In addition, the speed of DC motors is limited to around 7.000 revolutions per minute due to their technology. In the speed range, the asynchronous motor is superior to the DC machine - it can reach speeds of up to 14.000 revolutions per minute.

The stator of an asynchronous motor is wrapped with three coils spatially offset by 120 °, through which three currents, each phase shifted by 120 °, flow.
In the stator of an asynchronous machine, a rotating magnetic field is used to generate a rotating magnetic field. The name of the motor is due to the circumferential speed of the rotor - it is always slightly lower than the circumferential speed of the magnetic field. The asynchronous motor is also known as an induction motor, as the induced voltage in the rotor windings contributes a large part to the function of the motor.
The acquisition costs for asynchronous motors are relatively low, they are also very robust and do not require any slip rings; however, they have a relatively poor power factor and low efficiency.

Tesla is one of the few automobile manufacturers that uses a three-phase asynchronous machine as a drive. The “Dual Motor Model S” version of the Model S is even equipped with two such motors: one on the rear axle, the other drives the wheels on the front axle.

PSM - also called brushless DC motor - have a similar structure to separately excited DC machines. They do not have an induced rotor field, but are provided with permanent magnets on the rotor. With permanent magnet motors, the rotor rotates synchronously with the rotating field - hence the name of the motor. As with a brushless DC motor, coils are attached to the stator. The coils are spatially offset by 120 °. Due to the current that flows through the individual coils, each phase shifted by 120 °, they are used to generate a rotating magnetic field - similar to an induction motor. The synchronous motor has good efficiency, high power densities and very high possible speeds, which makes it a popular motor in the electric vehicle industry. However, through the use of permanent magnets, which require a relatively large amount of rare earths, it has the disadvantage of high material prices.

In the earlier motor vehicle sector, FSM were mainly used as alternators - but now they can also be found as a drive in electric or hybrid vehicles. Three stator coils spatially offset by 120 ° generate a rotating magnetic field, as three currents each phase shifted by 120 ° flow through them. In contrast to a PSM, an electromagnet is attached to the rotor, which is fed with energy via slip rings or contactless via induction. As soon as the rotor and the magnetic field of the stator run synchronously, a torque is created. The FSM is characterized by a high degree of efficiency, a good power density and, above all, lower costs than the PSM, since no expensive materials such as permanent magnets are used.

The reluctance motor is a relatively new motor that does not use permanent magnets. It has a relatively simple structure. The rotor of the reluctance motor consists of a soft magnetic material. It is designed with specially shaped contours so that the magnetic flux can be guided or blocked in a targeted manner. The stator (stator) is fitted with coils; the alternating switching on and off of these coils creates the necessary three-phase current. The rotor is brought into rotation and moved by the windings which are combined in strings and which are opposite each other in the stator. The efficiency of a reluctance motor is higher than that of asynchronous motors because they do not have any heat losses.
Reluctance motors could have real opportunities, especially in the field of electromobility, because the motors are compact and do not require any rare earths.

Which electric motors are used in the car?

Reference: History of the electric motor in automotive engineering

More information and current practical tests are available in the current issue. Subscription under