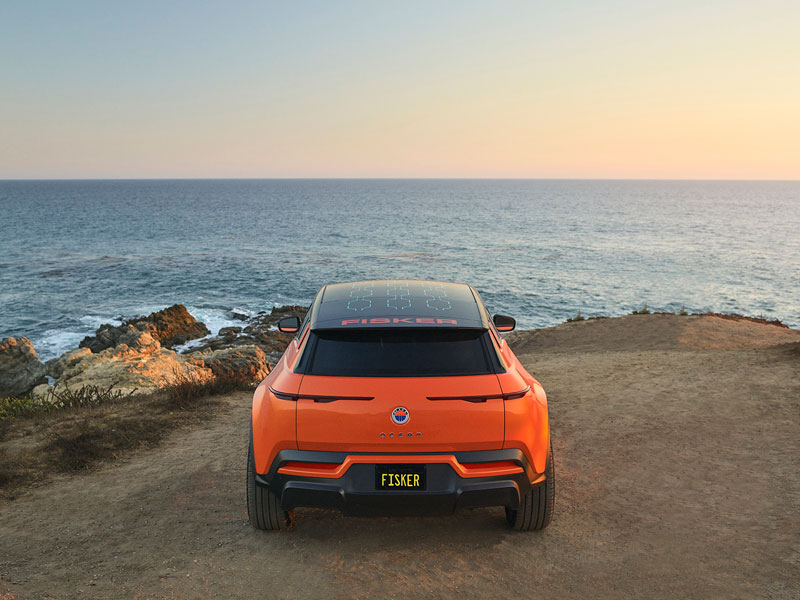 Fisker Ocean - Start of production planned in Graz in 2022

The car manufacturer around the Dane Henrik Fisker is starting a new attempt to bring an electric SUV onto the market and is daring a fresh start with the Ocean at the end of 2022. According to a Twitter statement by Henrik Fisker on March 2021, 18, the competing model should go on sale as early as 2019 at a price of less than $ 40.000. But instead of the start of production, the entire concept has now been revised and fundamentally reissued as the OCEAN model and now it is to be built in Graz at Magna for the European market from the 4th quarter of 2022.

The contract manufacturer Magna has confirmed its cooperation with Fisker on the development of driver assistance systems (ADAS) for the Fisker Ocean SUV, which is expected to be on the market at the end of 2022, in December 2020. The basis is a modified version of the e-car platform developed by Magna. The use of the “Icon Radar” for digital imaging as market-leading radar technology should be of interest. According to the manufacturer, it is the first single-chip radar solution for digital imaging for the automotive market.

"The ability to integrate Fisker Intelligent Pilot technologies into the Fisker Ocean SUV from launch is crucial for the entire program," said Henrik Fisker, Chairman and CEO at Fisker. "The excellent collaboration between the Fisker and Magna engineering teams, already proven by passing the first technical milestone last November, gave us the confidence to work with Magna on these important technologies for the ocean."

As early as 2011, the former BMW and Aston Martin designer Henrik Fisker launched the first PHEV under the name Fisker Karma with the newly founded Fisker brand. The project went down in the wake of financial and technical problems, and the story of the ambitious Californian start-up would have reached the end of the last chapter. But here in the north there is a belief that the dead live longer.

However, the history of the electric car initially revived Tesla. The turnaround was completed with the help of Chinese investors, who are mainly active in the automotive industry in the electromobility sector. The Chinese automotive supplier Wanxiang took over Fisker, which now operates as Karma Automotive. Originally designed by Fisker, the Karma later changed its name to Karma Revero and was produced in Southern California. The successor model is the Karma GS-6 plug-in hybrid. A 1,5-liter in-line six-cylinder with a turbocharger from BMW is used here. Also new is a pure battery-electric version as GSe-6.

The ocean as a new beginning

The confirmation of the cooperation on the part of Magna is now fueling new hopes for a definitive start of production at the end of 2022. The new platform for the Ocean with the designation “FM29” is based on an electric car architecture from the manufacturer Magna. Some basic technical data have already been communicated. A basic version with two-wheel drive and an all-wheel drive version are being prepared, which will be equipped with a 300 HP (225 kW) electric motor. As a competitor to the Y from Tesla, a performance variant is supposed to accelerate from 0 to 100 km / h in around 3 seconds. For the entry-level two-wheeler version, more precise data will not be provided until later.

An 80 kWh battery is to be used as the battery, which can probably achieve a range of between 400 and 500 kilometers under optimal conditions. Charging is expected to take place via CCS on the fast charger up to a maximum charging power of 150 kW.

As in the past, Henrik Fisker continues to make large-format promises about the future: “We want to disrupt the automotive industry by questioning all conventions and development time, increased production, experience with customer ownership, vehicle financing and service. That's not a little, but we really believe we are entering a new era where customers expect demand for radical change. People want mobility as a service, ”which is made possible without any problems through the use of exciting, affordable vehicles.

Henrik Fisker officially presented and unveiled the new Ocean at the CES technology fair in Las Vegas.
The CEO Henrik Fisker announced, among other things, the starting price for sales in the USA as well as new functions of the mid-range SUV. The presentation focused on a few important aspects: sustainability, environmental friendliness and a very good price-performance ratio.

The innovations can also be found in the details. A further developed cooling system has been announced, in which the volume of air that is directed to the cooler is program-controlled. The aerodynamic efficiency should be optimally used and the range improved. The basis for this is a large-format opening in a honeycomb structure in the front spoiler. As an answer to the Tesla Y, the Ocean is 4.640 mm long, 1.930 mm wide and 1.615 mm high and offers enough space for five adults. With two inductive charging cradles for smartphones, there is also a continuous charging option for everyday companions.

As a universal SUV, the Ocean offers an impressive 566 liters of trunk volume, which can be expanded to 708 liters by removing the rear cover. The lowerable rear window is a special gimmick, so long objects can be transported easily. They are then placed on a rubbing strip on the window frame. Roof rails and a trailer coupling are also provided.

Fisker's and Magna's plans were manifested in late June 2021. The production in Graz at the manufacturer Magna is expected to start in the 4th quarter of 2022. The Ocean will be based on a Fisker modified version of an electric car architecture developed by Magna ("FM29" platform). The new, aluminum body as an e-car base is intended to create a long range and a large interior space in its vehicle segment at a marketable price. For the US, Fisker has announced a starting price of $ 37.499 before taxes. In Germany, the Ocean should cost less than 32.000 euros after deducting current subsidies. (Source press release Fisker)

With the official announcement of the cooperation with Magna, the European market is a viable option for the American electric car manufacturer Fisker. According to announcements, the European market will probably be served by a new headquarters to be set up in Munich. But there is still a long way to go before the planned start of production in the last quarter of 2022.

You can find more trends and current reports in the current issue. Subscription under