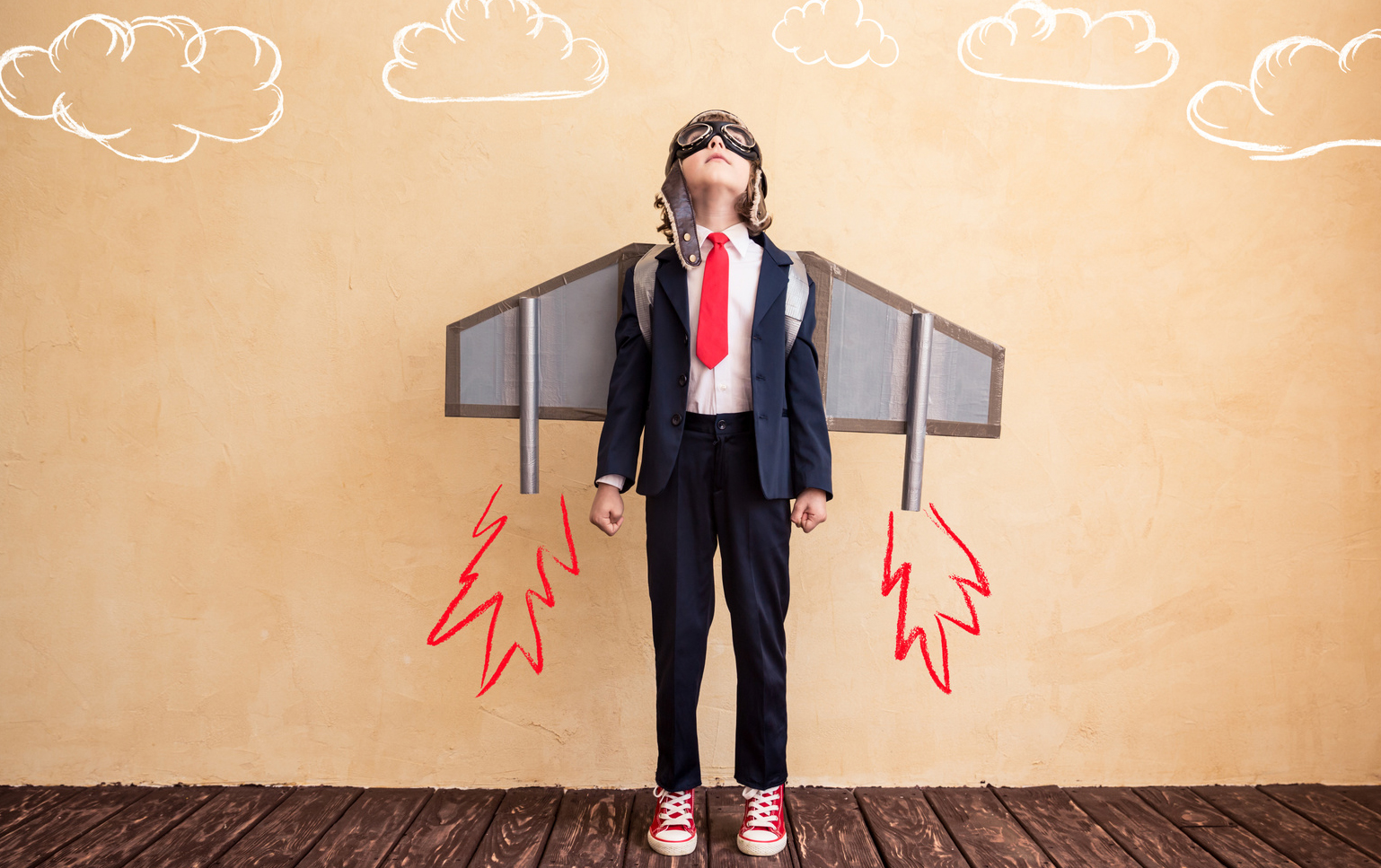 As far-fetched as it still seems to us that the cars of tomorrow might also be on the move in the air, it is just as real for the developers. There are already several models among the Flying Cars that are already ready for series production. We take a look at the most interesting manufacturers, who have been involved in interesting projects for years.

Pop.Up
The modular concept from 2017

The Pop.Up, a fully electric, modular vehicle system concept celebrated its world premiere at the Geneva International Motor Show in 2017. The concept, which is the result of joint considerations by Airbus and Italdesign, is intended to alleviate future traffic congestion in overcrowded metropolises can.

The Pop.Up concept is a flying car developed in a modular design that travels in the air or on the ground as required. The Pop.Up's passenger capsule is off Carbon fiber manufactured, 2,6 meters long, 1,4 meters high and 1,5 meters wide. By coupling it to a floor module, the capsule turns into a battery-powered city car that is said to reach a top speed of 100 km/h. The range of the ground drive train should be 130 km, the capacity of the battery is 15 kWh.

If the traffic in the city is too dense, the capsule of the Pop.Up should be able to disconnect the connection with the ground module and then be driven by an air module equipped with eight counter-rotating rotors, which independently flies to the passenger capsule, docks onto the capsule and then it lift off the base module. The total output of the flight module should be 136 kW (185 PS) and a top speed of 100 km / h. The 70 kWh battery should be able to bring the flying vehicle (without people) 100 km.

The Pop.Up is controlled via an AI platform, which independently suggests which transport solution (air or ground) is optimal for the selected route and picks up the passengers at their location. The Pop.Up passengers plan their journey using the app: Since the concept drives / flies autonomously, no driver's license or flight license is required. Once the passengers have reached their destination, the air and ground modules return independently to their stations and charge the batteries there.

Airbus would like to have its model aircraft launched within the next ten years - whether the technology will be so advanced by then remains to be seen.

The ambitious ones from Airbus will continue to be pursued in the coming years, with the E-Fan X there is now another prototype.

“In 2010, Airbus began its electrification journey, developing the world's first all-electric, four-engine aerobatic aircraft, the CriCri. Since then, we've made great strides in electrifying flight. Our all-electric twin-propeller aircraft, E-Fan, successfully crossed the English Channel in 2015. Our electric vertical take-off and landing (eVTOL) demonstration projects, Vahana and CityAirbus, have completed many hours of rigorous and comprehensive flight test programs to ensure safety and high performance. E-Fan X, the successor to E-Fan that is 30 times more powerful than its predecessor, has provided invaluable insight into serial hybrid electric propulsion.” Source Airbus

Pal V Liberty
A car that flies - an airplane that drives

Good: At first glance it doesn't look like a futuristic vehicle, but optically has a lot in common with a helicopter, but the Pal-V Liberty is still the first flying car ready for series production, which is to be delivered to the first customers in 2018. The two-seater flying car that was developed in the Netherlands is not a helicopter, but a combination of a car and a gyrocopter, i.e. a gyroplane. These are easier to steer than helicopters - but a real pilot's license is also required for the Pal-V Liberty.

The first model of the Pal-V Liberty will be the Pioneer Edition limited to 90 pieces, which is available at a price of 499.000 euros and can be pre-ordered on the Internet. Then comes the Liberty Sport variant, which at 299.000 euros will be a whole 200.000 euros cheaper than the first model - not cheap for a car. But if you want to be one of the first to own a flying car, you have to dig deep into your pocket.

The technical data of the Liberty are quite convincing: With its 100 liter tank, the flying car can fly around 500 km. Usual super or super plus gasoline is put in the tank. The range on the ground is 1.315 km with a consumption of 7,6 L / 100 km. And the Liberty doesn't drive slowly: the top speed in driving mode is 160 km / h, acceleration from 0 to 100 km / h in less than 9 seconds. In drive mode, the rotors of the Pal-V are folded in so that there is no great wind resistance. In flight mode, the flying car has reached its top speed at 180 km / h. The rules that apply to the flying car are similar to those for airplanes: The Pal-V Liberty can only take off and land from an airfield or large private property. The Liberty needs 330 meters to take off and only about 30 meters of taxi distance to land.

At the moment there is still the possibility to place a pre-order. For the European market you can choose between the Pioneer version, which is limited to 90 pieces, for 499.000 euros and the Sports Edition for 299.000 euros.

The Volocopter was the first multicopter in the world to be approved for manned flights in 2016. It has been airborne in a test phase in Dubai since the end of 2017 - here it is to be used as a long-term public transport.

The Volocopter is of course not a real flying car, but it still fits into our category, as it would be particularly suitable as a flying taxi. The two-seater mini helicopter, equipped with 18 rotors, is purely electrically operated and has 9 high-performance batteries that supply the 18 electric drives and the on-board systems with energy. The Volocopter can also fly autonomously and thus offers the advantage that no pilot license is required: a good prerequisite for using it as an air taxi. Another advantage: Thanks to its ingenious rotors, the Volocopter is a high-flyer and can take off even in a small space. The velocopter will fly through cities both manned and unmanned. As an unmanned drone, it could be used to deliver goods.

The range of the large drone is around 70 km at a speed of 27 km / h; the maximum flight time at an optimal cruising speed of 50 km / h is 27 minutes. That may not sound like a lot, but as a city taxi in the air, the range can be completely sufficient, because the batteries of the Volocopter can be recharged within 40 minutes using a quick-charging system. The Volocopter was developed in Bruchsal, Germany, and in 2017 Daimler also showed its interest in the electric flying taxi and invested in the Volocopter company. The price for the electric air taxi should be around 300.000 euros.

The German air taxi manufacturer Volocopter is planning the first operations in major international cities. The flying taxis are scheduled to be launched in Singapore in 2024. In the long term, the flight services should not only be available to the wealthy. Investor Stefan Klocke was quoted in the media as saying: "In ten years, people who have previously used conventional taxis should also be able to afford air taxi rides". For the Summer Olympics in Paris in 2024, the entry into the air taxi business should also start in Europe.

Article from green car magazine 2019 plus updates from February 2022.