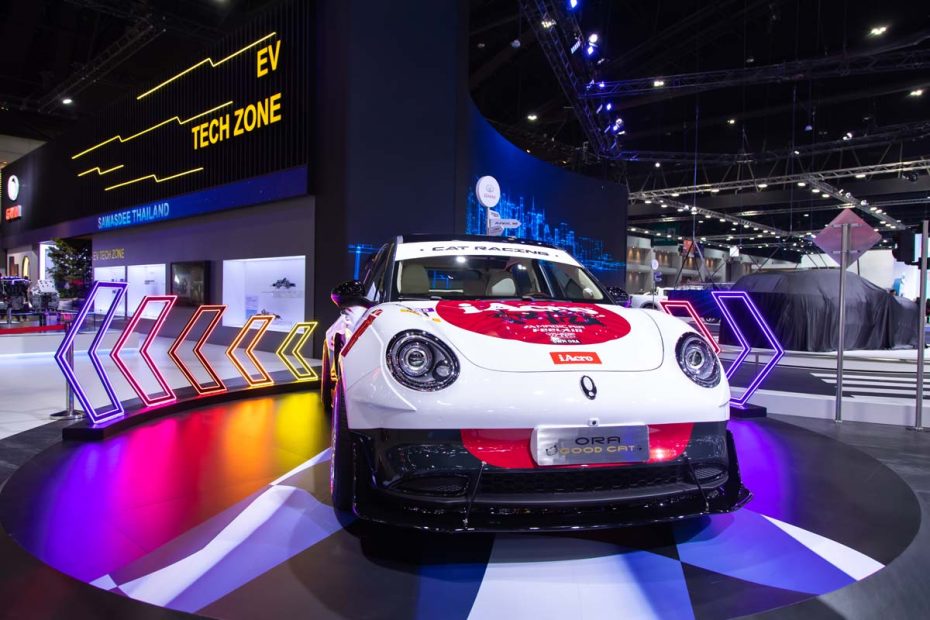 If you want to gain a foothold in the homeland of the automobile, you have to be crisis-proof and resilient to your work. Five new car brands are taking advantage of the disruption in the car market with the clear trend towards electromobility this year. With the announcements, new digital sales concepts are also being launched. We take a comprehensive look at the opportunities and risks of the new car brands.

Perhaps one should first recall the currently most successful concept of a new car brand of the past decade. Tesla has continuously established the market from the premium segment to the current mass market model Model 3 and despite all resistance within a decade. During this time, established brands such as Chevrolet, Lancia, Saab and Rover have long since left the German market due to stagnant development work. The new players are pushing into the German market, especially from innovative Southeast Asia. Already last year, MG-Motor, Aiways, Lynck&Co and Genesis started with the presentations at the newly formed IAA in Munich to be present on the domestic market. Many technical factors currently play an important role in the production environment. Both the raw material bottlenecks and the massive disruptions in the European supply chains offer Asian suppliers niches for a successful entry into the market.

The Chinese automaker Great Wall Motors (GWM) is planning on a large scale and expects to increase production to up to four million vehicles. The wide vehicle segment with car models in almost all classes will help here. A new headquarters was set up in Munich at the end of 2021 for entry into the European market. Production within Europe is planned in the long term.

Currently, however, there is only a little information about the Coffee 01 starter model, a plug-in hybrid with 350 kW/476 hp system output and a purely electric range according to the manufacturer of up to 150 kilometers (as of August 2022). An entry-level price of between 50.000 and 60.000 euros is expected. The SUV compact model Coffee 2023 will probably follow in 02.

In contrast, the GWM brand Ora is a purely electric car, and the launch should also take place in 2023. Visually provided with a sporty touch, the lifestyle model can definitely keep up in the European compact car segment. With a 63 kWh battery, it offers sufficient range for short and medium distances. In terms of price, it is expected to be between 30.000 and 35.000 euros.

Nio is also reminiscent of the Tesla launch with the large-format luxury sedans. According to the manufacturer, the exclusive ET7 limousine with a length of 5,10 m and the highest motorization with a 480 kW/653 hp all-wheel drive is to aim for a long-term range of 150 kilometers with a new 1.000 kWh battery. After all, NIO has already started production and deliveries in the premium segment in recent years. Nio has so far produced and delivered 217.798 vehicles in recent years (as of June 30, 2022). This means that the company, which was founded in 2014, is still more of a small series manufacturer in the exclusive premium segment.

The battery replacement system introduced by Nio in China, in which a battery can be completely replaced within 5 minutes, is also innovative. Since January 2022, Nio has also been operating the first exchange station outside of China near Lier on the E18 in Norway. Even more exciting is the announced NIO promise to also offer ultra-fast charging stations with 500 kW for Europe.

Norway was also the entry market in Europe in 2014 for the electric car manufacturer XPeng, which was also founded in 2021. The focus here is on exclusive styling coupled with a range for long-distance traffic. The entry into the market was with the compact SUV G3, currently the large-format performance sedan P7 is also available, it is equipped with a 316 kW/430 hp electric motor and offers a range of up to 470 kilometers. It is a direct competitor to the American manufacturer's Tesla Model 3. The P7 offers a longer range at a better price-performance ratio.

At the moment, however, the disruptions in the supply chains are also determining delayed delivery times. A market launch for 2022 in Holland, Sweden and Denmark has been officially confirmed so far. In autumn 2021, XPeng Motors Germany, based in Munich, was entered in the commercial register as an import GmbH. If the suppliers can deliver again, XPeng will take off in Europe.

A manufacturer from the USA has also attracted attention in recent years with its luxury model Air. The Lucid Air has already set some records. With a range of up to 800 kilometers at a highway speed of 112 km/h (70 mph), it already set a new record in terms of range, well ahead of all its competitors in the premium segment.

Now the noble Air is the figurehead in the new showroom at Odeonsplatz in Munich. All technical details can now be explored here and the car can be pre-ordered on site. With an output of 696 kW (947 hp) and acceleration in less than three seconds, it surpasses all competitors in the premium segment. This range variant already reaches a top speed of 270 km/h. Anyone who expects a little more power can also order the power variant with 828 kW (1.126 hp). Both variants are priced at over 200.000 euros and serve the premium segment of the luxury class.

For the future there is a cheaper entry-level model with less power for Europe. Disen Air is available as Pure in a slimmed-down form with less power (480 hp) and rear-wheel drive, features and range have not yet been officially announced. The base model costs $77.400 in the US, which is a good €65.000.

From a German point of view, one of the most innovative manufacturers of vehicles is the most exotic Vinfast from Vietnam. The manufacturer only started building the new factory in 2017, and just 2 years later the first cars rolled off the assembly line. Today, 5.000 people are already employed in this factory, most of whom currently produce around 250.000 electric scooters per year, as well as being responsible for buses and cars. In the passenger car sector, the focus is still on the models VF8, VF9, LuX, VFe34 and Fadil. Combustion engines are still being built at the moment, and the complete conversion to electric cars will follow at the end of the year.

Vinfast is concentrating on the large-format SUV brother models VF8 in the D segment and the 5,12 m long VF 9 from the E segment. Deliveries will start in the USA, Canada and Europe at the end of the year. Ever since Rivian sparked American cravings for electric pickups and SUVs, a dynamic race for market leadership in the USA has been developing. That's why Vinfast is investing two billion dollars to build another factory in the US state of North Carolina, where 2025 cars a year are to roll off the assembly line as early as July 150.000. A new production facility is also to be built in Europe in the long term, with a location in Germany also being conceivable

The momentum in the European market for new innovative manufacturers is unbroken and picked up speed again at the latest after the decision to ban combustion engines from 2035. According to expert opinion, the sales figures of the new providers will increase significantly in the coming years. One reason for this is the gradual exit of European manufacturers from the cheapest segments. There are good entry scenarios for the new global providers here.

Which brand do you find interesting?