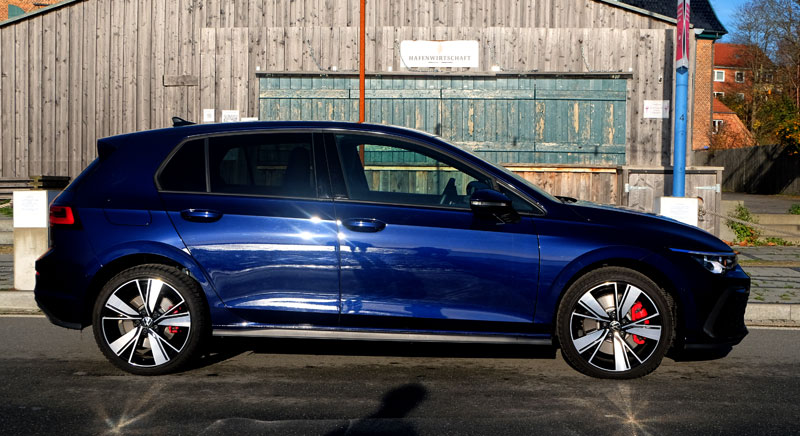 The exterior of the new generation of the Golf 8 is only slightly renewed, but the inner values ​​reveal an interesting driving experience with a completely new technical concept and a digitized cockpit. With the current disruptions in the vehicle market, the revolutionary external conditions caused by the global corona pandemic and the resulting changing world of work, the transformed Golf from the last century is currently still one of the few constants in the automotive world. This makes the Golf 8 an interesting competitor as the company's own counterpart to the electric VW ID. It will be put to the test in the real north for two weeks of testing in the north German autumn weather.

It is not for nothing that the term “golf class” was established at the beginning of the 8s and has thus set some standards to this day. The transverse engine, the front-wheel drive and the spacious interior are traditional features of the vehicle class to this day. With the XNUMXth generation, the Golf remains true to many of the values ​​it has cherished and sets its own priorities for the new decade. The well-known and slightly modified transverse construction kit was adopted, which, with almost the same dimensions as the old Golf, does not offer more space than before. In keeping with the spirit of the times, almost all light sources are equipped with LED technology, but the Matrix LED headlights are part of the special equipment.

The new plug-in hybrid with the abbreviation GTE is the civil, sporty form as a plug-in hybrid. As the most powerful plug-in hybrid of the golf herd, it delivers the same performance as the GTI if the 13 kWh battery provides enough power to supply the 110 PS electric motor with energy. The other unit is the 150 hp four-cylinder engine. Is this system more fun to drive than the GTI? In our test, the GTE shows all typical golf characteristics. Solid workmanship and a well-engineered chassis make it a universal car for the city and for long journeys. The extra weight due to the additional battery and the electric motor is noticeable. In pure combustion mode, the engine must also move the additional weight. In the city, the part-time Stromer can glide smoothly, according to standard specifications under optimal conditions for up to 62 kilometers. We didn't achieve that in harsh climatic conditions, but we were able to achieve 40 kilometers in local transport. An important aspect for some drivers is the tax exemption in the vehicle tax and the reduction for private use to 0,5% of the purchase price per month.

For many traditional golf fans, the digital user interface ignites an ambivalent feeling. Some mourn the traditional analogue instruments, others find themselves after a short time a new love for the digital touch system familiar from the smartphone. Some functions such as the climate menu or the language menu have a slight time lag. The slider bar compensates for this with quick operation in terms of volume or temperature control.

The Golf 8 meets the zeitgeist with some refreshed assistance systems. When activated, recuperation is responsible for returning all energy potentials during braking. In practice, you notice it as soon as you take your foot off the accelerator pedal. From then on, the GTE basically rolls in order to use the energy as efficiently as possible. If you run into a car in front, a curve is taken, if you exceed the permitted maximum speed or drive towards an intersection, the car recuperates automatically. According to the latest updates, this process now works with red lights that support Car2X. The main functions of the accelerator change to acceleration or to control the recuperation process. When you activate Travel Assist, you can even control the steering and brakes until they come to a standstill. The GTE then starts up again automatically.

With the assistance systems switched on, you can rarely push the Golf to its physical limits. With the traditional front-wheel drive, you can get through everyday life safely and the Golf is particularly stable when cornering. The powerful electric motor with a good torque has a good grip and helps to achieve an appealing speed, especially during short-term overtaking maneuvers. The internal combustion engine is only noticeable at high motorway speeds of over 130 km / h, and above this it pulls the noise level up at high speeds. It becomes much quieter in sections in which you sometimes take your foot off the accelerator or roll downhill.

The 1,4 liter TSI turbo gasoline engine from the Volkswagen group produces moderate consumption values. When the battery is empty, you can hardly get more than 6 liters / 100 km on average, even in autumn. On average, we were between 5 and 6 liters in real consumption on our mixed test routes. In pure electric mode in the city area, consumption fluctuates. While 14 to 16 kWh per 100 km distance can still be achieved under optimal conditions in summer, the value quickly rises above 20 kWh when the heating is switched on. The real electric range then quickly melts down to 30 kilometers.
This also enables the optimal user group to be quickly defined. Anyone who commutes for work and drives longer journeys can live well with the compromise of the plug-in hybrid. The wallbox can be used at home or at work for daily trips to work.

The GTE is a sophisticated plug-in hybrid that can be used for commuting to work as well as for excursions and leisure activities. For users with their own wallbox in the carport or garage, the GTE can simply be fully charged overnight. The Golf as a plug-in hybrid will be an interesting car for commuters at least until the end of 2022 due to the environmental bonus.