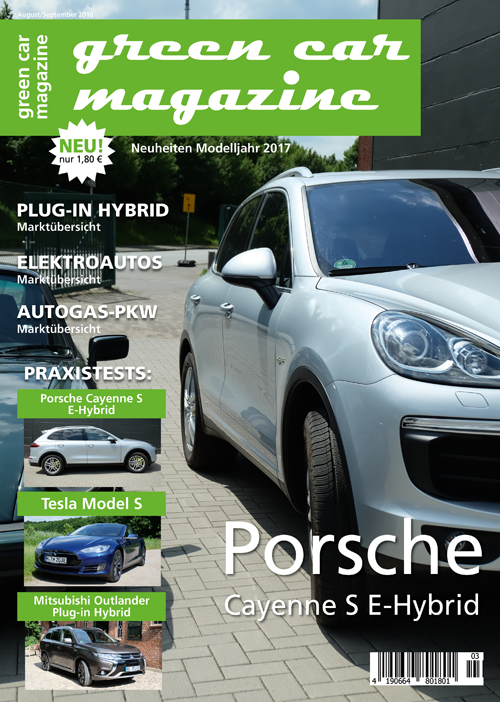 The summer of 2017 brings some changes in the framework conditions for the automotive industry. With the approval of the premiums for electric and hybrid drives by the European Union, the funding instruments can take effect. The automobile manufacturers have partially reacted and are launching some new models after the company holidays. At Volkswagen, the group strategy has been renewed and innovative ideas are now being developedch accepted by the market. In this issue we refer to the extended functions of the street lighting and an innovative recycling idea from a student company.

Autogas or LPG (Liquefied Petroleum Gas) is the most common alternative fuel on German roads. With around 7.000 filling stations all over Germany, the supply in the area is guaranteed.
Just as with natural gas vehicles, a distinction is made between monovalent vehicles, which only run on LPG, and bivalent vehicles, which have an additional petrol tank in order to be able to use both types of fuel.
At the moment, private vehicles and light commercial vehicles are still equipped for bivalent drives, while monovalent drives are mostly used in heavy commercial vehicles or buses. Many manufacturers now leave it up to their customers to decide whether they have their new vehicles equipped with LPG ex works. Hyundai and Kia, for example, equip all new vehicles with LPG systems.
The costs for this amount to around € 3.000, a LPG system is then used ex works.
Not only new cars, but also older models can be retrofitted with LPG systems. The tank is installed in the spare wheel well, the petrol tank remains completely untouched. A natural gas car is not only worthwhile from an environmental point of view. The cost factor should also not be disregarded: With only around € 0,53 per liter of liquid gas, half the money is saved when refueling compared to petrol ...

Subscription and sales outlets at: