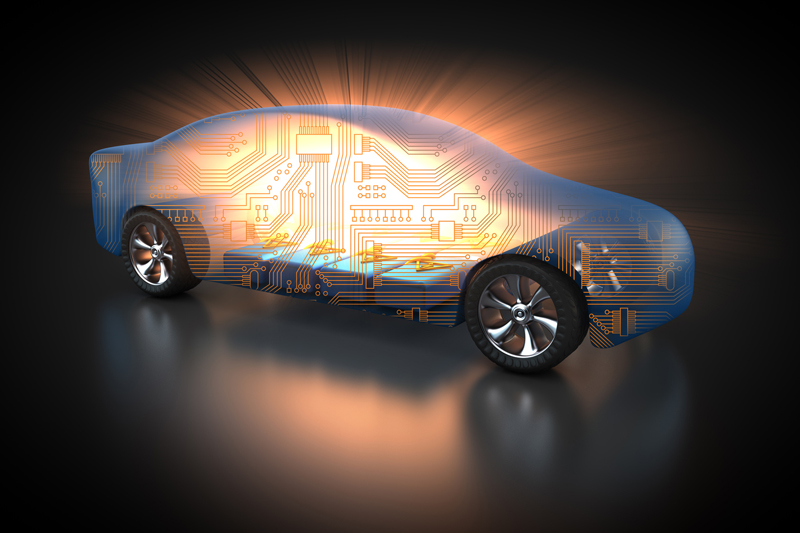 The joint project ILS (inductive charging system) is a sub-project of the research project "E-WALD - Electromobility Bavarian Forest" of the Deggendorf University of Technology. The core of the project is the contactless charging technology for electric vehicles, which was used in two converted electric vehicles. In addition, two charging locations were equipped with an inductive fast charging system: one location in a parking garage and a second location in an outdoor area.

The aim of the development of inductive fast charging systems is to simplify the charging of electric cars as much as possible and thus to maximize user-friendliness. The aspect of fast charging also plays an important role here. The transferred nominal power of the system developed in the project reaches a value of 30 kW - far more than the 3,6 kW, much lower power of previously common systems. Two coils are required to enable charging. A weatherproof primary coil attached to the floor and cast in resin generates an electromagnetic alternating field with a frequency of 30 kHz. The vehicle standing above it and being charged is provided with a secondary coil attached to the vehicle floor, which, as a receiver, forwards the power to a rectifier, which in turn generates the direct current required to charge the drive battery. Starting the charging process is not only much more convenient than wired charging: the charging time can also be significantly reduced. This not only eliminates the need to get out of the car in bad weather, but also the annoying plugging in of the charging cable. 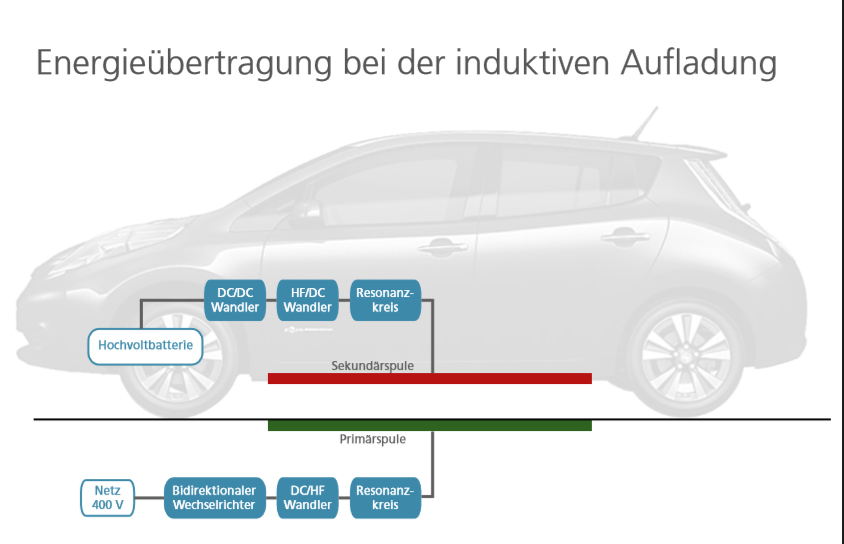 Technically, the charging systems were developed in such a way that vehicles of different types and thus different secondary coils can also charge the charging systems. However, since every vehicle model has its own manufacturer's interfaces and is completely individually structured with regard to the communication network, the CHAdeMO charging interface, standardized as a DC fast charging system, was chosen.

With inductive charging via the CHAdeMO interface, the vehicle is simulated charging via a cable, although the current is picked up via the secondary coil in the vehicle floor and passed on to the battery. Despite the option of inductive charging, charging via cable is still possible - a switch can be used to choose between wired and inductive charging.
In order to optimally guarantee the charge, the two coils must be directly above one another. To ensure this position, a position system is integrated in the control computer. The driver can thus optimally navigate to the loading plate and is guided to the correct position by visual signals. Acoustic signals are also currently being developed by the manufacturer. Charging starts automatically as soon as the vehicle ignition is switched off.

Scientific goals such as the safety of the overall system with regard to the stray fields were also taken into account in order to be able to comply with permissible limit values ​​in Germany. The INTIS system is already being planned for several locations in Germany and makes inoperable operation possible.
Mercedes Benz is the first German automobile manufacturer to implement the inductive charging system in its new EQ brand.