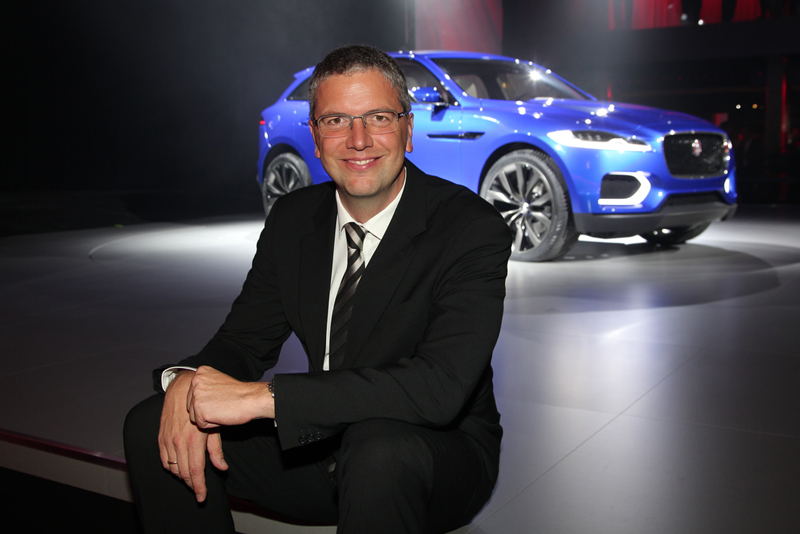 Peter Modelhart (48) is Managing Director for Jaguar Land Rover Germany, Austria and the Czech Republic. The Austrian, born in Salzburg in 1968, joined Ford Motor Company (Austria) GmbH in May 1994 after studying commercial science at the University of Vienna. There he held several positions before he was appointed Head of Marketing in 1999 and moved to Land Rover in Germany in 2000. There he worked as a sales manager for Land Rover, and later also for Jaguar. From 2005 to 2009 he was responsible for the Austrian market as managing director of Jaguar and Land Rover. Peter Modelhart is married, has a son and lives in Salzburg.

GCM: With a rate of increase of 74,7 percent compared to 2015, Jaguar was the biggest winner on the German car market in 2016 in terms of percentages. In your opinion, which factors were decisive for this development?
Jaguar was able to offer an almost completely new range of models in 2016. The XE sports sedan and the XF business sedan were presented during 2015 and had their first full year of sales in 2016 and the Jaguar F-PACE, the brand's first SUV, was launched in May. In addition, the F-TYPE model range received an attractive addition to the high-performance SVR variant. But our trade also plays an important role, investing in a completely new presentation. The new, ultra-modern Jaguar Land Rover dealerships that are currently being built present themselves with a noble and very appealing exterior and interior design as well as new customer-oriented systems and processes.
GCM: With the new Indian owner Tata, sales of Jaguar Land Rover sports and off-road vehicles have more than doubled to 538.313 units sold worldwide. As with other manufacturers, can hybrid engines be expected in the coming model year?
I can answer with a crystal clear yes. We presented our first electric car in November last year. This near-series study promises not only an exciting design, but also innovative technologies with an electric range of over 500 kilometers. In addition, in 2020 we will offer 50 percent of our models with an electric option.
GCM: Does Jaguar have the bite for innovative developments in the field of sustainable mobility?
I can answer that with yes too. Jaguar Land Rover has invested over £ 12 billion in research and development over the past few years. This makes us the largest investor in future-oriented technologies in the UK. And it is in the automotive industry that we invest the most in relation to our sales. We work closely with technical universities and have founded a subsidiary based in London that deals with the mobility concepts of the future. Our vision is a safe, connected and clean car in smoothly functioning traffic. The challenge lies in the fact that all automobile manufacturers and public institutions make optimal use of the possibilities of the new technologies under this aspect, so that the car and transport systems harmonize and function smoothly with one another.
GCM: According to a statement from you, no vehicle will show the realignment of Jaguar as dramatically as the I-PACE. What special features does the new I-PACE embody?
The study of the purely electrically powered Jaguar is one of the most visually captivating studies in Jaguar history, in that the designers have fully exploited the new freedom opened up by the electric drive in terms of space utilization and thus completely redefined the proportions and dimensions of a five-seater SUV. The cab-forward design was inspired by the C-X75 supercar. Thanks to the elegant sideline, it has the shape of a coupé. It will be a car for enthusiasts who still really love driving.
GCM: Finally, a key question: The consumption values ​​for large-volume cars in our tests are always well above the DIN regulations according to the brochure. Is there a tendency at Jaguar to use realistic values ​​as voluntary manufacturer information?
We support the emission measurements in real driving, which the legislature has already initiated and passed. However, it must be recognized that both fuel consumption and emissions are dependent to a large extent on driving conditions - regardless of how big a car is or what type of engine it has. Our vehicles are homologated according to the legally valid guidelines and offer the best values ​​in terms of emissions. However, the topic should also be viewed holistically, i.e. how many emissions arise in development, in production, in transport, etc. We have reduced our average vehicle emissions by more than 2007 percent since 30 and will be able to save a further 2020 percent by 25. At the same time, we have reduced many parameters in production such as water and electricity consumption, the generation of waste, etc. by more than 25 percent. Today we offer modern vehicles that also meet the high demands of our customers from an environmental point of view.