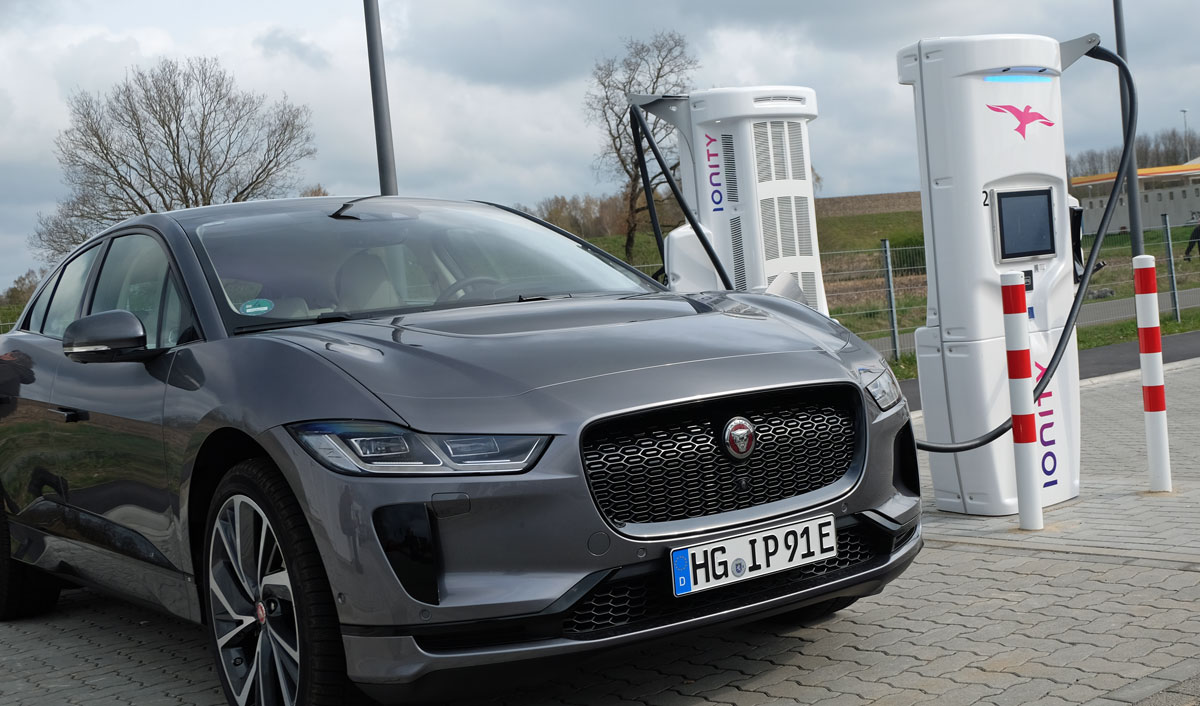 Ionity is a consortium that was founded by BMW, Daimler, Ford and the Volkswagen Group. The aim of the consortium is to expand the charging structure with around 400 fast charging stations along the main traffic arteries in Europe. It should stand up to Tesla's Supercharger network. So that this succeeds, some new facts are already being created. The stations are designed for a charge volume of 350 kW per hour and are therefore significantly more powerful than the Supercharger. With this, the consortium clearly overtakes the previous leader Tesla in terms of potential charging times at the fast charging stations. The only thing missing now is the cars that can take on this charging capacity in practice.

The expansion should proceed quickly according to information from Ionity. SPIE, the energy technology service provider, is expected to complete around 400 high-performance charging stations across Europe by 2020. Initially, 66 charging stations will be set up in the Netherlands, Great Britain, France, the Czech Republic, Hungary and Slovakia and 103 stations will be provided in Germany and Belgium , France, Poland, Hungary and the Netherlands.

For around 95 percent of the planned stations, the contracts, for example, with the owners of the properties are signed and sealed. Furthermore, it is the case that the construction logistics are now settling in, which noticeably facilitates commissioning.

Ionity is pushing the expansion

SPIE, energy technology service provider, has received an order from the fast charging network IONITY to provide 400 high-performance charging stations across Europe by 2020. Initially, the construction of 66 charging stations in the Netherlands, Great Britain, France, the Czech Republic, Hungary and Slovakia and the provision of 103 stations in Germany, Belgium, France, Poland, Hungary and the Netherlands were commissioned.

The expansion of the IONITY charging network is made more difficult by a wide variety of conditions in the 23 countries. Different regulations and laws, which differ from region to region, make the expansion difficult. Sometimes you also have to deal with sandy soils, sometimes with granite.

The network should continue after 2020. However, what will follow the 400 announced stations has not yet been determined. But is currently being worked out internally. A commitment outside of Europe is just as conceivable as the construction of charging stations in the cities. How many stations will ultimately be required if the number of electric cars actually increases more strongly also depends on how the technology develops.

A charge at Ionity currently costs a low flat rate of 8 euros. As soon as the time comes, however, a different pricing scheme will be introduced so that Ionity can operate profitably. However, Hajesch did not say when this would be the case.

The joint venture is currently doing a lot of upfront work: “We are an infrastructure company and, as a rule, these require a different investment horizon than automotive companies,” explains the manager. He assumes that in five years at the latest, when a large number of electric cars are on the road, there will be the first very profitable stations.

Report from the green car magazine. There is more information on the charging structure in the current issue. Subscription under