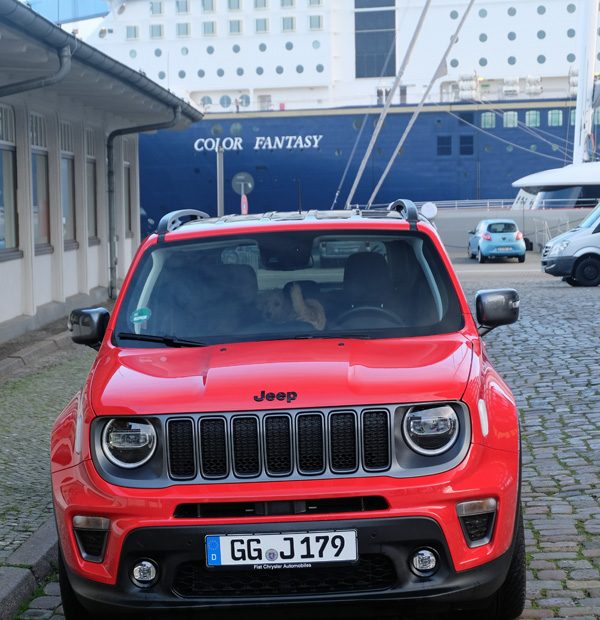 Jeep has been involved in the increasingly popular SUV class with the Renegade since 2014. The concept is a blend of traditional SUV ingredients with the off-road capability of the traditional Jeep Wrangler. The dimensions are suitable for both city and off-road use. Since 2018, Jeep has provided the new-generation Renegade with a significant update and has been offering a current engine with a mild hybrid system since spring 2022. While Jeep started out with large-volume 3- or 4-liter engines in the past, the current focus is on downsizing in the engine segment and electrification will probably take place in the near future.

The downsizing of combustion engines as part of the diesel gate, combined with some new model launches and an urbanization of the brand core, has brought new target groups to the Jeep brand in recent years. With a potential of between 50.000 and 80.000 new registrations per year, the Renegade is a popular model in Europe. According to Jeep Germany, more than 50% of all vehicles are electrified low-emission vehicles. The trend has only just picked up speed and the first BEV models in the portfolio have already been announced for the coming year.

With the second generation, the Renegade became more urban thanks to its rounded shape and, with the front-wheel drive we tested, is primarily predestined for paved roads. Some off-road applications still resonate with the "renegade". The classic reinforcement beads from the traditionally carried reserve canister are prominently displayed in the rear lights. The app with the digital compass is also a reminder of outdoor skills

The interior is functionally divided with a tidy multifunction steering wheel and a classic information display above the center console. The honeycomb is a stylistic element that is found in the interior design and on the digital information display. The honeycomb applications are also incorporated into the exterior of the bumper and radiator grille. The complete climate control below the info display is very clearly arranged. Here, all dosages can be regulated individually for the driver and front passenger according to their own taste using a button or rotary switch. Included in our equipment package were the leather seats and the seat and steering wheel heaters, which were comfortable in our cool weather conditions.

With the current mild hybrid drive, the new 1,5-litre turbo petrol unit has been supplemented with a 20hp electric motor, which works in a fast-shifting 7-speedDual-clutch transmission sits. The energy gained from recuperation is stored in a compact 0,8 kWh battery. If necessary, this energy is used as a booster to avoid performance drops. This includes everyday routines when starting, accelerating or bridging the turbo lag. This is intended to achieve long-term energy savings. A belt start generator ensures that the engine starts noticeably more gently. After all, a good 0,7 liters of premium petrol could be saved compared to the 120 hp petrol engine as the previous model.

When driving, the 48 volt mild hybrid system provides support in many driving situations, depending on the battery level, which can be monitored at any time on the central display. The electric motor is used when starting and driving off for the first time. When the battery is charged, short distances can be driven electrically in city traffic, for example. A typical scenario for this is stop-and-go traffic at rush hour. But the electric motor also provides support when accelerating and changing gears and radiates more calmness when driving.

In terms of consumption, we were at 6,8 liters of premium E10 petrol according to the display in cool, early winter temperatures, and we tested all route profiles in the mix. Anyone who has not yet opted for the plug-in hybrid and does without the charging options is probably on the safe side with the Renegade. The subsidies from the environmental bonus for PHEV models have already expired, so these purchase incentives have already dried up.

The mild hybrids will probably displace the PHEV variants in the transition period to the purely electric models. The use of the electric motor in the automatic transmission makes the Renegade more efficient and promises greater economic benefits. The versatile Renegade is an all-rounder for all leisure and family activities.