According to the manufacturer, the Nissan Leaf is an electric car that is used relatively frequently in practice, with 200.000 units already sold. After our test in the first edition, we take a look at the improved range and the new model maintenance measures in the Tekna equipment variant.
At first glance, the Nissan Leaf is an unmistakable representative of the compact class. The striking headlights and an idiosyncratic design stand out pleasantly from the smoothly ironed European mainstream. Furthermore, Nissan relies on extensively equipped model variants instead of long lists of additional equipment and surcharges. Here, too, the Leaf scores with the Tekna variant we tested. Here, for example, a new heat pump for lower energy consumption, a solar spoiler for power supply or a roundview monitor for the radio are already included in the standard equipment.

The question of equipment 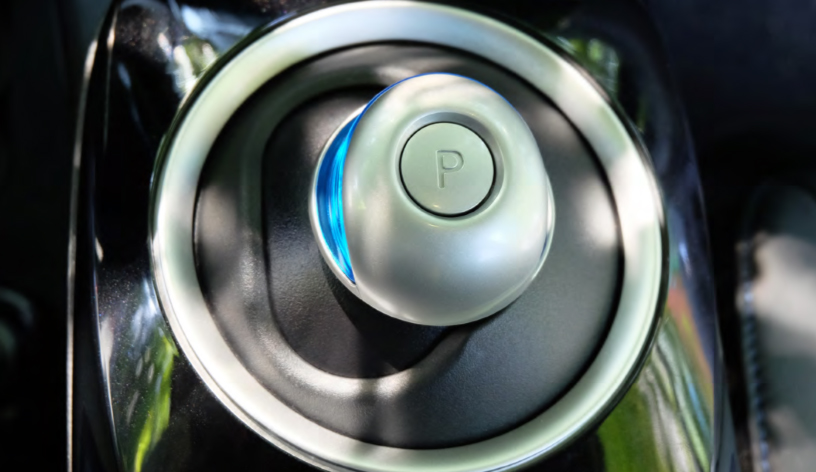 With the promised bonuses for electric cars and the larger 30 kWh battery, there are two elementary reasons for the Nissan Leaf. The acquisition costs decrease with a higher range. However, it is much more important to take a closer look at the charging options that have been implemented, because with a quick charge, an electric car can also be practically used in the medium-haul range. With the Nissan Leaf, there is always a connection via the 230 V household socket or a supplied adapter via type 2. This corresponds to a charging time of between 7 and 13 hours.
The CHAdeMO fast-charging connection with a charge of up to 80 percent in around 30 minutes is only available as standard in the version with the large battery from the Accenta version. Otherwise, another 490 euros surcharge has to be estimated here. This is an important detail in terms of the resale value of this early generation of electric cars. Another advantage is that the CHAdeMO connection can be used bidirectionally. 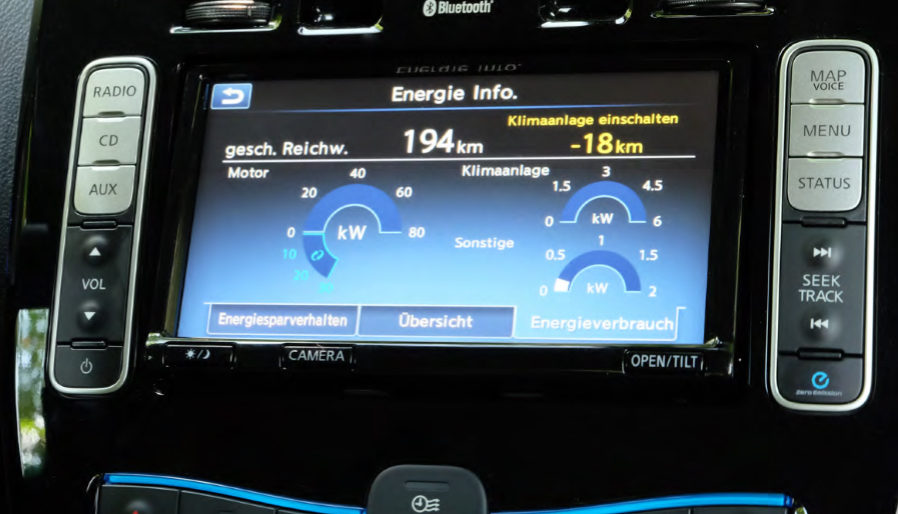 With the Tekna version tested by us, including a quick-charge connection, the driving pleasure begins. Press the brake pedal, start at the push of a button and what we consider to be the optimal automatic operation can be activated. Nissan relies on a joystick-like control lever attached to the center console. This can be easily and simply operated between the positions driving, neutral and reversing, a real pleasure for parking in and out of parking spaces with the integrated roundview camera.

From a standing start, the Nissan kicks in vigorously and pulls quickly in the lower speed range. The Leaf, which weighs 1,5 t, sprints from zero to 11,4 km / h in a good 100 seconds. The Leaf also has its strengths up to this speed window, it feels best in city traffic and on country roads - with moderate consumption values ​​between 12 and 16 kWh per 100 km.
The electric drive train impresses with its smooth shifting and smooth running. The processing quality is consistently good, the rolling of the tires and the wind noise are extensively muffled. The powerful thrust of the fully available power of the electric motor is convincing. Commuting from home to work and daily errands can be dealt with in a relaxed manner.
At higher speeds and increased tempo on motorways, more than 20 kWh are consumed and the remaining range quickly drops below 100 km. The achievable top speed is 144 km / h. The limits are quickly reached here and the next fast charging station should then be nearby.
To extend the range, the Leaf has a switchable ECO mode. Depending on the state of charge, there is another surcharge of over 10 km range; a useful feature when looking for the next charging station. The switching off of the air conditioning system also had a significant plus in the range in our test, and here again an increase in range comparable to the ECO circuit.

All data and test results in the current booklet under