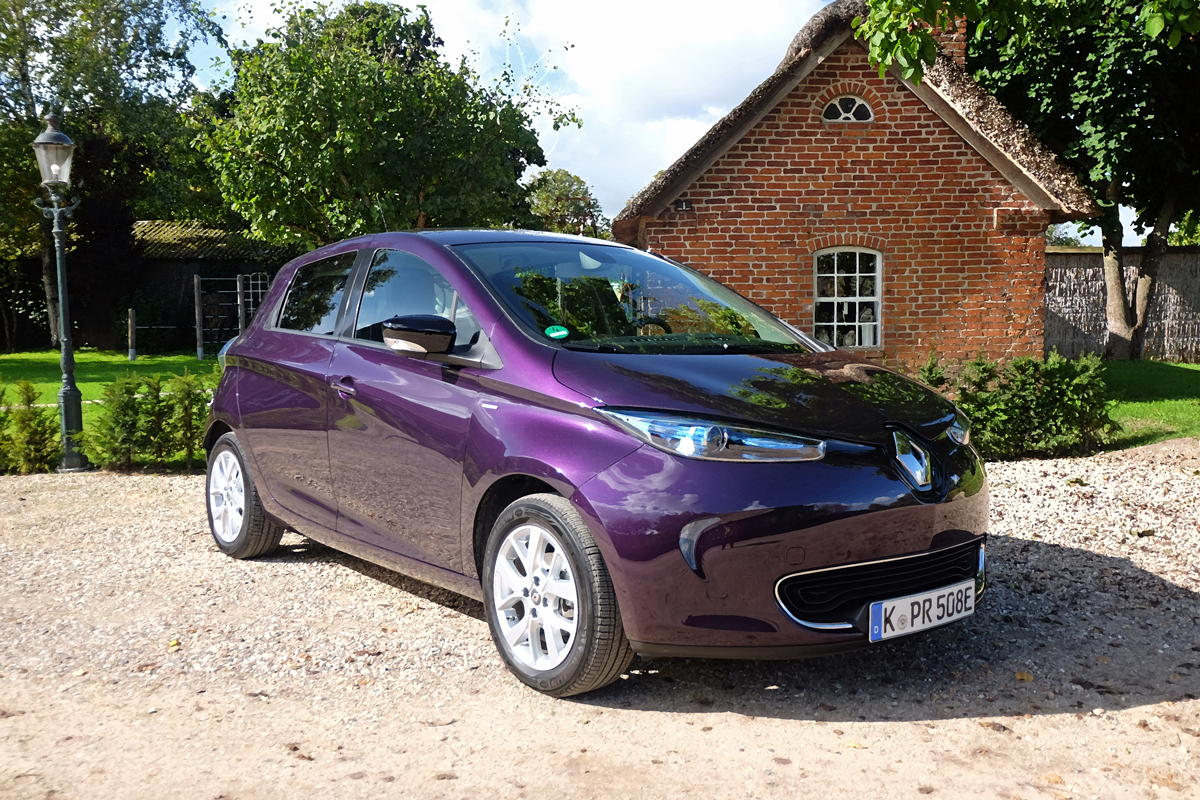 Most of the updates for the 2019 model year can be found in the small electric car sector in the Nissan Leaf, BMW i3 and currently Renault models. After equipping with the large battery pack to 41 kWh, according to the manufacturer, up to 400 km can be achieved under optimal conditions. The Zoe is one of the most popular electric cars among new registrations - and now Renault is equipping the city runabout with a new engine. A practical test of the current limited version in the R110 version provides information about the vehicle.

The Zoe still shows the somewhat baroque-looking structure. A new drive has only found its way under the bonnet. In addition to the R90 version, which is still available, the R110 version has a slightly more powerful three-phase synchronous electric motor with 80 kW (108 hp) output and a torque of 225 Nm. It can be charged via an AC connection with an output of 22 kW.

Electric cars with an achievable range of over 300 km under good conditions are the clear favorites among new vehicles with a purely electric drive. In addition to the premium provider Tesla, BMW with the i3, the new Nissan Leaf and the new Renault Zoé in particular benefit from the registration figures. Technically, the Zoé comes from French production and is based primarily on the platform of the discontinued Renault mode. The new 41 kWh battery pack uses the same space as the weaker battery and is around 20 kg more weight.

As before, the Zoé is available in the very comfortable “Bose Edition”, which we introduced in spring, and in the extensive “Limited” package that has now been tested. This equipment variant includes the electrically adjustable and heated exterior mirrors, the front power windows and the keycard with automatic locking. The DAB + car radio, the rear parking aid and a light and rain sensor round off the equipment.
Two displays in the driver's area provide information about all relevant information while driving. The central display behind the steering wheel relies on digital displays of the driving data and the battery status display as well as the current consumption and the remaining range.

Touch-operated infotainment options can be called up on the center console's display. The menu navigation is structured in traditional tiles similar to that of smartphones. The menu items are controlled at the touch of a finger. If you want to go back to the start screen, there is also a home button on the side and two arrow buttons for scrolling. The heating functions and the air conditioning can still be operated conventionally using rotary knobs.

The first version of the Zoe was designed primarily for the city area. It fits into almost any parking space, is manoeuvrable and easy to maneuver in tight spaces. The relatively high weight is more noticeable when accelerating. With the new engine, acceleration from 11,4 to 0 km / h is 100 seconds. If you switch to the “ECO” energy-saving mode, you have to forego dynamic driving altogether. You should therefore avoid this mode when overtaking on country roads.
The “ECO” mode is viewed by Renault as a battery-saving mode. This also results in clear performance losses - as already described - when accelerating. In addition, the mode should also have a positive effect on energy consumers such as air conditioning and heating. In our tests under real conditions during the Indian Summer in autumn 2018 in the temperature range between 10 and 20 ° C outside temperatures, we were able to achieve ranges between 250 and 280 km with the "ECO" mode switched on. When the energy-saving mode was deactivated and the power was fully developed, the real range was 200 km. That is enough for commuting in the city area over the course of a week.

The base price for the limited edition including battery is 35.800 euros; with battery rental at 27.900 euros.

The Zoé has an app for precise travel planning, with which charging stations, charging times and technical details can be read. It is a treat, for example, to set the interior temperature using the app before setting off. The overall package of the "Limited" version is aimed at customers who, in addition to the greater range, also appreciate the digital sound in the quiet car. The interior is designed to be functional and sober with the hard plastic surfaces. How much air there is in the list price can be seen in Renault's generous campaign. There is currently an impressive 5.000 euros discount. This includes the state share of 2.000 euros and 3.000 euros on the part of the manufacturer (as of November 2018). This reduces the sales price to 30.800 euros.

If you want to upgrade the extensive equipment, you can, for example, add a center armrest at the front with integrated QI charging function for smartphones for 229 euros, a trunk tray for 49 euros or an alarm system for 169 euros.

The competitive situation will intensify in 2019. The new models around the renewed Nissan Leaf or Hyundai IONIQ as well as the electric Niro with more powerful electric motors will then represent new standards. It will be interesting to see how Renault reacts to this. According to media reports, the brand new version of the Zoe will probably hit the market in 2020. But one thing can already be seen in the trend: The price-performance ratio for all manufacturers of electric cars is continuously improving.

The Renault Zoe in the "Limited" edition is a well-equipped short-haul car in terms of connectivity and practical features. Even with the new engine, it mainly appeals to moderate drivers who can also get used to the manageable driving characteristics. The sales promotion by means of the environmental bonus and the bonuses from Renault will probably make the Zoé appear even more frequently in the streets in the coming year.

There is currently a leasing offer for ADAC members - click here.

There are detailed reports with lots of details in the magazine. Subscription under