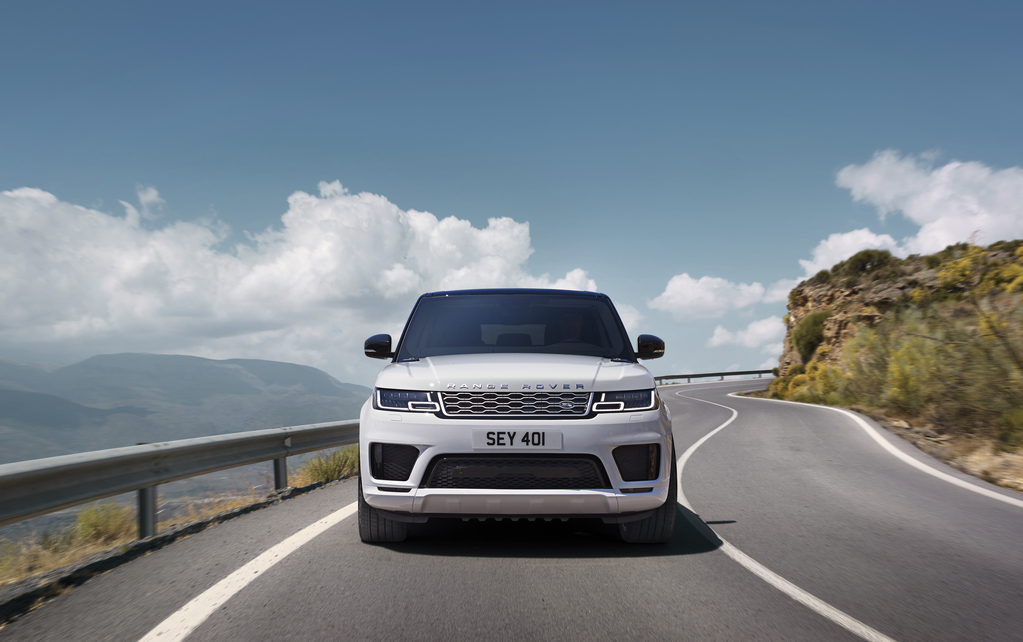 Land Rover will also go - better drives - electrified roads from 2018. This year, the British off-road racer's first plug-in hybrid, the Range Rover Sport P400e, will be launched on the market. The manufacturer wants to underline its electrification strategy, because from 2020 all model series from Jaguar and Land Rover will have an electric option.

Land Rover's first plug-in hybrid model, the Range Rover Sport P400e, is equipped with a state-of-the-art 2.0-liter four-cylinder petrol engine from the Ingenium range with 221 kW (300 hp) and an 85 kW (116 hp) electric motor fitted. The resulting system output of 297 kW (404 PS) is transmitted to all four wheels via the ZF 8-speed automatic. The plug-in hybrid accelerates from 0 to 100 km / h in 6,7 seconds and has a top speed of 220 km / h (electric at 137 km / h). The maximum torque of 640 Nm clearly shows that the P400e is also designed for lively off-road driving. The lithium-ion battery has a capacity of 13 kWh and is located in the rear below the trunk floor so as not to restrict the space in the interior. The all-electric range of the Range Rover is 51 km, depending on the driving style. The P2e can be charged in around 45 hours and 400 minutes at a wallbox with 32 amperes - the SUV needs around 7,5 hours from a normal household socket using the standard charging cable. The integrated 7 kW on-board charger is located on the right-hand side of the grille behind the Land Rover logo. 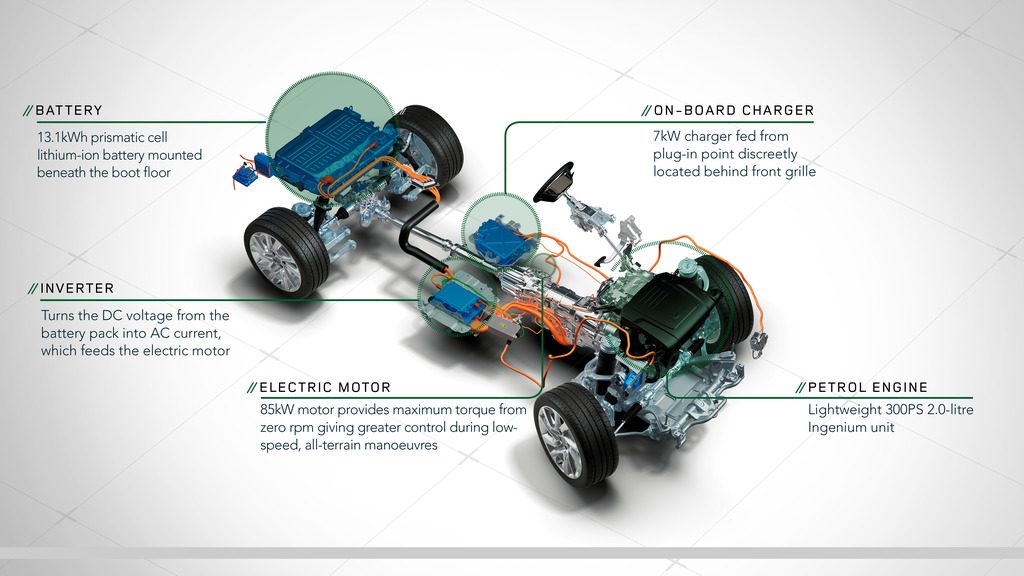 In order to distribute the driving force of the electric motor precisely and intelligently, the Terrain Response 2 control of the Range Rover Sport has been adapted. In this way, the extended possibilities of controlling the electric drive can be used, especially on slowly completed passages in the terrain. 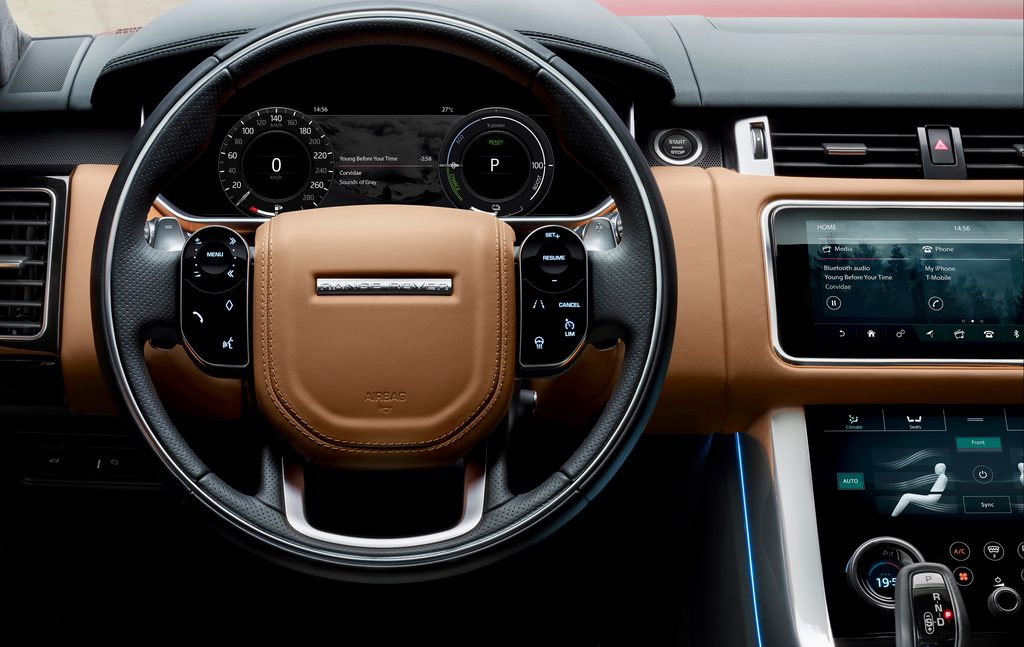 The design of the Range Rover Sport P400e has been modernized compared to its non-electrified predecessor: New LED headlights sit next to the redesigned radiator grille and a new bumper design, which should make the Range Rover Sport appear much more aggressive. And the interior has also been redeveloped: According to the manufacturer, the infotainment system called "Blade" is one of the most modern solutions on the entire market. The focus of the minimalist interior design are two high-resolution 10-inch touchscreens that can be operated intuitively. With the connectivity package of the P400e, up to 14 connections for mobile devices are on board - including household sockets for the use of other devices. In addition, other modern functions come into their own with the plug-in hybrid: The LED headlights were developed in such a way that oncoming traffic is not dazzled, as individual LEDs can be specifically hidden. 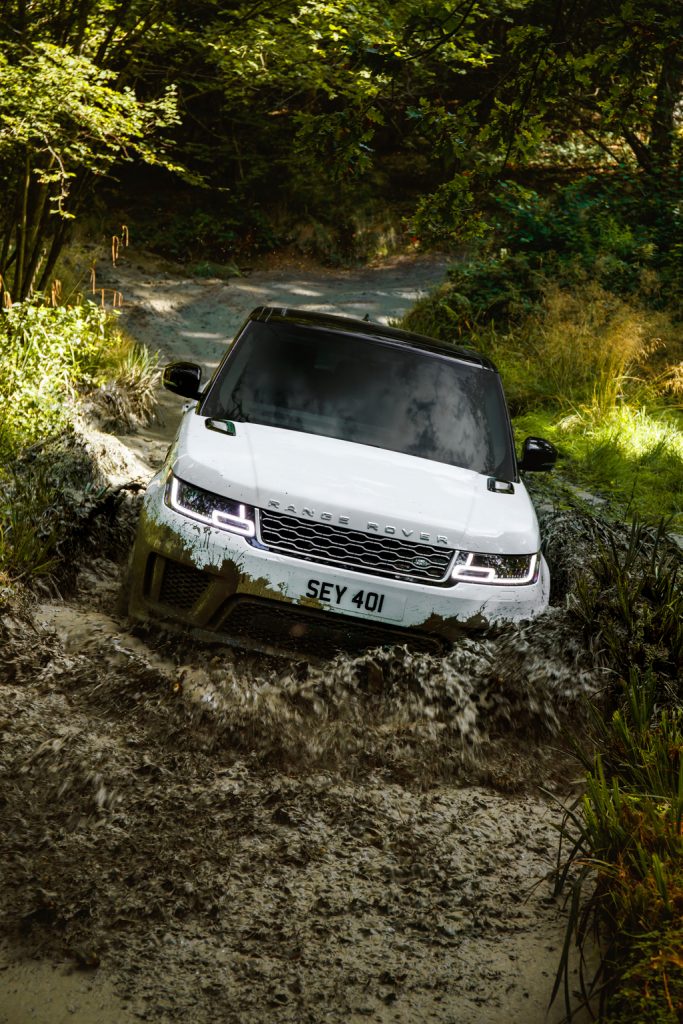 More current developments and trends in the new issue. Subscription under