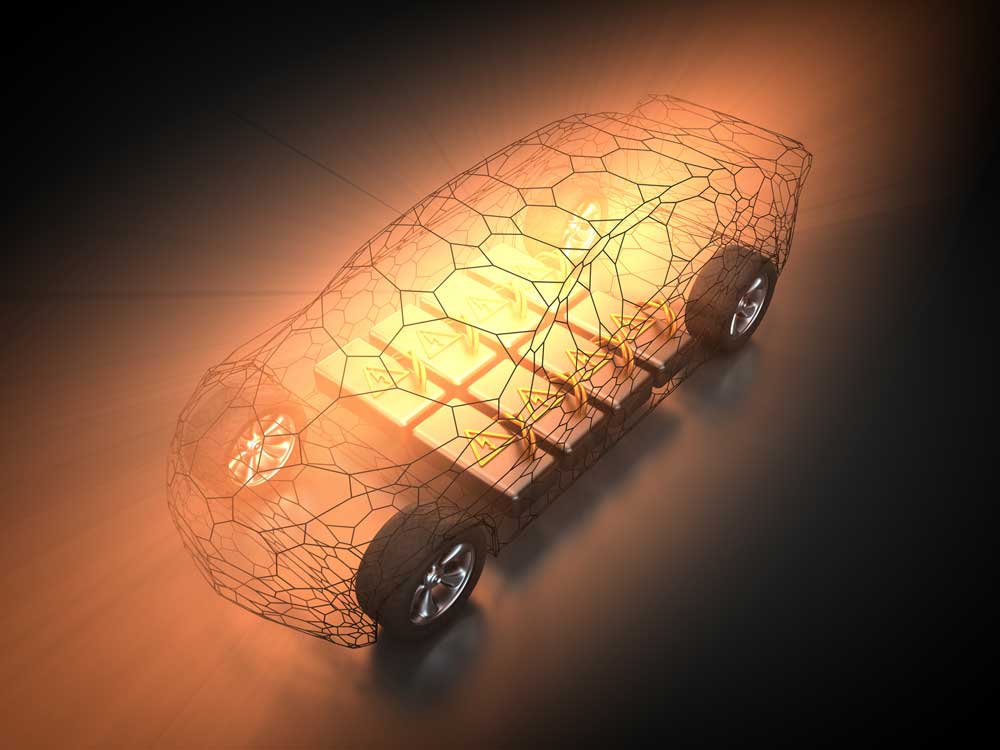 The term recuperation comes from the Latin "recuperare" (= to regain) and means the recovery of energy that would otherwise be lost. This energy recovery can be used for mechanical and electrical energy as well as for thermal energy in order to work as energy-efficiently as possible.

Remaining range and recuperation at a glance. green car magazine

In the case of electric vehicles - this also includes hybrid vehicles in this case - recuperation means recovering the braking energy that feeds the vehicle's battery. The kinetic energy, which is otherwise completely lost when braking a car, is converted into electrical energy and fed into the vehicle battery, so that an increased range can be achieved.
In hybrid vehicles, recuperation saves a considerable amount of fuel. The vehicle's electric motor serves as the generator for recuperation. This converts the braking energy into electrical energy. In vehicles with internal combustion engines, too, recuperation can help ensure that the battery - in this case the starter battery - is charged, which in turn relieves the load on the engine.

How exactly does recuperation work?

When electric or hybrid vehicles are braked by stepping on the brake pedal or driving down a slope, the wheels transfer the kinetic energy to the electric motor via a drive train. This absorbs the energy, which slows it down and converts the kinetic energy into electrical energy. This electrical energy is then fed into the vehicle's battery.
In other words: the engine brake takes over the actual braking process in light cases of braking. If stronger braking is necessary, the conventional brakes (friction brakes) intervene. By using the electric motor to brake the vehicle, in addition to the positive aspect of energy recovery, the conventional brakes are also less worn - the formation of brake dust is thus reduced.
The braking potential of the electric motor is, however, dependent on both the driving speed and the engine speed:
If the speed is low, the braking torque is greatest. However, if the speed is high, the braking torque of the motor is no longer sufficient and the conventional brakes must be activated.
With electric vehicles, recuperation enables the range to be increased by up to 20 percent - with hybrid vehicles, consumption and CO2 emissions are reduced by up to 20 percent. The automobile manufacturers have mostly implemented different approaches to recuperation in their models: The automobile manufacturer Mercedes Benz, for example, has developed an intelligent energy management system for its own hybrid vehicles that uses the data of certain assistance systems and can independently control the recuperation. A radar sensor system monitors the environment while driving, so that the intensity of the recuperation is increased in the event of speed limits on roads, for example, in order to recover a maximum amount of energy.
When driving downhill on a steep gradient, the system can also increase the intensity of the recuperation so that the acceleration is automatically reduced. If the driver wants to control the recuperation independently, he has the choice between four recuperation levels with the Mercedes system: from sailing mode without recuperation to "high recuperation".
With its 48-volt boost recuperation system, Bosch offers an on-board network for hybrid systems that is not only characterized by its cost-effective technology.
The boost recuperation system not only stores energy in the lithium-ion battery when braking, but also uses the stored energy to support starting and accelerating with the so-called boost function - useful, for example, when merging into flowing traffic. In addition, the combustion engine is switched off when coasting or driving downhill so that the vehicle can sail emission-free thanks to its own momentum.

The boost function can be used in hybrid systems and provides up to 10 kW of additional power and thus helps to save around 15 percent fuel and CO2. In addition, the system offers a start-stop system that restarts the engine quickly and silently, as well as additional reserves for electrical consumers.
The automobile manufacturer Mazda, which exclusively markets vehicles with combustion engines in Europe, has developed the i-ELOOP (Intelligent Energy Loop) system for its vehicles. The recuperation system does not store the energy gained during braking in a conventional battery, but in a double-layer capacitor.
The system, which weighs around 8 kilograms, was used for the first time in the Mazda 6. As soon as the accelerator pedal is no longer pressed or the vehicle is braked, a generator generates electricity, which then flows to the capacitor - the storage device is charged within seconds. The voltage of the capacitor is then reduced again via a voltage converter so that the electrical components of the vehicle such as the air conditioning or power steering can be supplied with power. The starter battery is also charged with excess energy in this way. A major advantage of the system is the capacitor: it can be charged and discharged far more frequently and faster than lithium-ion batteries.

Conclusion: recuperation is a great benefit, not only for electric vehicles, but also for hybrid vehicles and those with internal combustion engines. If energy was previously simply lost, it can now make a positive contribution to the range and thus help to reduce CO2 emissions.