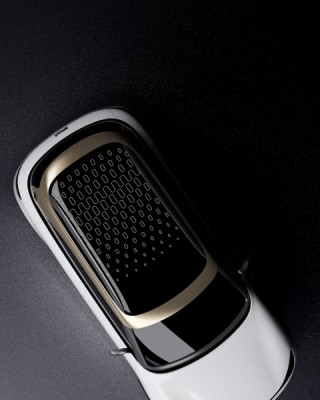 Smart EQ will be produced in China from 2022 - update

The Smart EQ is heading towards a new future. On January 8th, Mercedes-Benz AG (Mercedes-Benz) and Zhejiang Geely Holding Group (Geely Holding) announced the formal establishment of the global joint venture smart Automobile Co., Ltd. known for the smart brand after receiving regulatory approvals. With the new joint venture, the Smart starts with a modified appearance, including a new production site in China.

The view into the future is directed to the year 2022. In a 50:50 joint venture between Daimler and Geely based in China, a completely new generation of smart electric cars is planned. Until the planned market launch of the new generation of vehicles, the smart will continue to be produced at the Hambach site in France (EQ fortwo) and at the Novo Mesto site in Slovenia (EQ forfour).

Hambach will also take on a new role in the Mercedes-Benz Cars production network and, in the future, will produce an electric vehicle in the compact class from Mercedes-Benz under the new EQ product and technology brand. Mercedes-Benz is investing 500 million euros in the Hambach plant and will use the expertise of its experienced and motivated workforce.

Smart in the premium segment

With the announcement of the formal establishment of the joint venture, some details on the direction of the future were also communicated. According to the press release, the new generation of vehicles will be designed by the global Mercedes-Benz design network and developed by Geely's global engineering network. The future production location will be in China. As part of vehicle development, the joint venture will expand the smart product portfolio into the fast-growing B segment, i.e. from small cars to small cars, with a focus on the premium class.

Hangzhou Bay, Ningbo, with operational sales functions in China and Germany has been designated as the new global headquarters of the oint venture. This means that the Smart, which was previously produced in Europe, will in future be completely repositioned as a premium vehicle in the small car segment for the Chinese and European markets.

There is also initial information about this in the press release:

The bird's eye view of the large panoramic glass roof with the distinctive ring of light as one of the essential design features prominently comes to the fore. The light show creates an optical effect that makes the roof seem to float above the body of the car. "The harmonious two-tone combination of the glossy white paintwork and the gold-colored roof contributes significantly to the elegant high-tech look of the eSUV Concept," says Kai Sieber.

At the same time, sales of the new Smart are to be completely reorganized. It is emphasized that the online activities are being expanded extensively. Technical details have not yet been communicated. The public world premiere will take place at the beginning of September 2021 at the IAA MOBILITY in Munich as part of the Mercedes-Benz presence.

There are more trends and tests in the current magazine. Subscription under