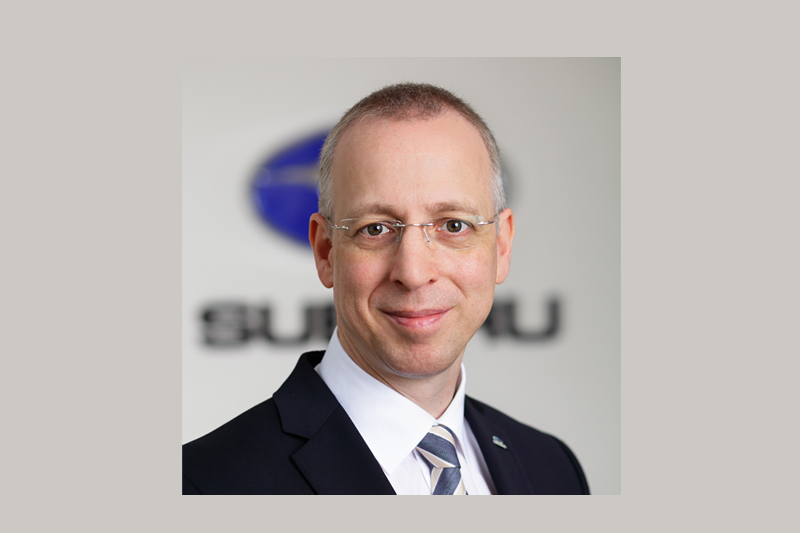 Subaru relies on Eyesight as an emergency brake assistant

Subaru has been focusing on four-wheel drive since 1972. From a total of more than 21 million vehicles produced, more than 16 million all-wheel drive cars have been registered. Subaru has consistently stuck to the boxer engine as the drive source since 1966. Subaru Deutschland GmbH has been selling all-wheel drive cars since 1980 and, according to its own information, had sold 31 vehicles in Germany by December 2016, 374.417. In a short interview with the new managing director Christian Amenda of Subaru Deutschland GmbH, we receive information on technical innovations.

gcm: Subaru is known as a manufacturer of all-wheel drive cars. What innovations can we expect for the new model year 2018?

Christian Amenda: First of all, it should be noted that we are of course staying true to our all-wheel drive, because it is part of Subaru's DNA. We're starting the new calendar year with two completely new generations of Subaru XV and Impreza models. Both models are based on a new platform, which further increases security. Compared to the current model generations, the rigidity of the body and suspension has been increased by 70 to 100 percent, which guarantees a high degree of smoothness and comfort. The Subaru XV remains true to its design language in the second generation, but is more comfortable than ever. It has also received expanded safety equipment and will also be driving up in 2018 with lane change, blind spot and cross traffic assist. In particular, the Impreza is in its fifth generation with a fresher design, more space and state-of-the-art technologies. The Forester has also undergone a facelift and will come onto the market in the 2018 model year in the automatic version, among other things as a standard with Eyesight. Levorg and Subaru WRX STI have also received a facelift. The WRX STI will come with a modified front section in the future, and the vehicle technology has also been revised. To name just one example, the center differential lock has been further developed, which improves driving behavior.

gcm: Due to the current discussions on the topic of diesel engines, the topic of low-emission drives is moving into the focus of buyers. What solutions does Subaru offer?

Christian Amenda: Subaru is also looking towards plug-in hybrid and electric drives. The market launch of a plug-in hybrid in the USA is planned for 2018. The manufacturer announces the launch of an electric model for 2021. We cannot say anything specific about when these technologies will come onto the German market.

gcm: The benefits of emergency braking systems have already been documented in several studies. Subaru uses a stereo camera as a sensor. What are the advantages of this system?
Christian Amenda: 1. It offers significant cost advantages compared to other assistance systems with several sensors, because different registration units do not have to be harmonized and the resulting sources of error reduced.
2. Since Eyesight is offered as standard in automatic models, Subaru achieves a better fully comprehensive classification or insurance class for insurance companies. We also benefit from this in the subsequent analysis of the damage frequency, because a lower damage frequency with each new classification has a positive effect on the entire life of the vehicle.
3. By placing the cameras to the right and left of the interior mirror, costs are avoided that arise, for example, from parking bumps. Rear-end collisions cannot damage the radar infrastructure or sensors in the bumpers.
4. By installing the camera lenses in the interior, the effects of the weather can also be minimized.

There is more information and current tests in the booklet. Subscription under: