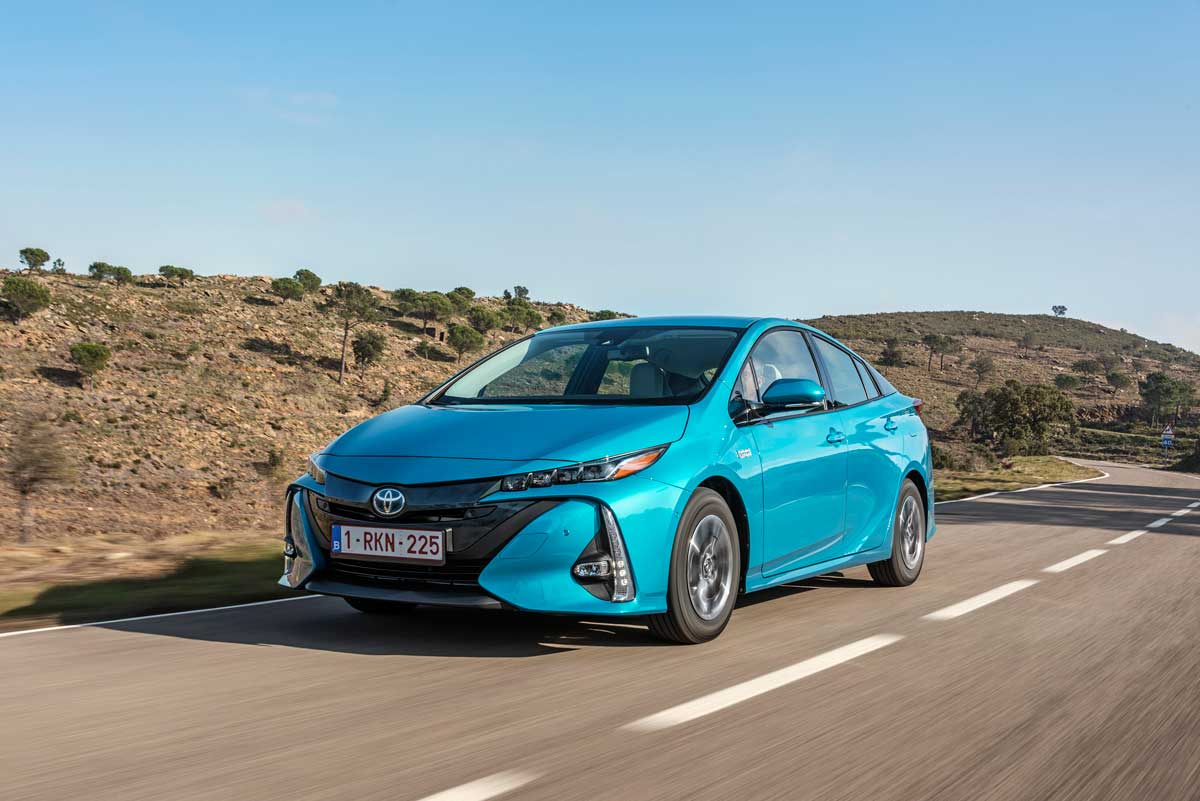 Toyota Prius plug-in hybrid with solar roof in the test

For Toyota, one focus in Europe is the sale of full hybrid cars. The range of plug-in hybrid models is also being expanded due to the funding backdrops. The Toyota Prius Plug-In Solar presents itself with a solar surface on the roof for additional charging of the battery. The environmental bonus of 4.000 euros can be an argument for those interested in new cars. The hybrid drive consisting of a gasoline engine and a dual electric motor, which Toyota has previously used, is supplemented in this version with a charging connection for a household socket or a public charging station. A look at the suitability for everyday use harbors a few surprises.

In addition to generating energy from recuperation and external charging via the charging connection, the Prius is also charged from solar radiation via the solar roof. You shouldn't expect miracles, the surface on the roof has a peak power of 180 watts under optimal conditions. If the car is exposed to sunshine, an estimated range of between 4 and 8 kilometers can be achieved. According to Toyota, this means that up to 1.000 kilometers of solar energy can be generated annually.

Toyota's solar roof as the icing on the cake

There is detailed information on how the solar roof works from Andreas Lübeck, press spokesman for technology at Toyota Deutschland GmbH: “The energy generated while parking, for example, is fed into the high-voltage battery and can therefore be used for the electric drive. A charge of up to 5 km electric range per day is possible (depending on the weather conditions). During the journey, the power gained from solar energy is fed directly to the on-board network (for lighting, air conditioning, multimedia system, etc.). "

The test took place in winter. For this reason, we did not notice any noticeable effects during the test. For the future, Toyota is planning a larger solar area with a peak power of up to 860 watts. The entire solar surface then also spans the bonnet.

The single-stage automatic is ideal for cruising in the city or on the country roads. This is where the Prius shows its advantages for a defensive driving style. On the other hand, on long-distance autobahns with higher speed profiles, the high-speed internal combustion engine has to accept a higher background noise level. The best potential for savings can be found in city traffic on the purely electric sections of the route.

Before you start saving, you have to consider the cost of the purchase. With the solar roof, a list price of just under 40.000 euros has to be taken into account, whereas the models with a pure combustion engine start at 28.450 euros. On the other hand, the savings potential are quite tight. The installed solar roof stores the electricity in its own solar battery, which in turn transfers the charge to the traction battery. Another disadvantage is the tight trunk. The lithium-ion battery has a capacity of 8,8 kWh and limits the trunk volume to 360 liters. The battery alone takes up around 145 liters of the luggage compartment. Suitability for travel is limited, especially for families who transport a lot of luggage.

While the previous model could only carry 4 people, the current model can carry 5 people and the payload has increased accordingly by 75 kg. This means that the payload is now around 327 kg, depending on the version.

Deceleration as a zeitgeist

The two coupled electric motors develop 92 HP / 68 kW, the 4-cylinder petrol monitor with 1,8 liter displacement in turn makes 98 HP / 72 kW. The total system output for the Prius is 122 hp / 90 kW. That's not much for a 1,6 ton car. Thanks to the electric motor support, the Prius Plug-in accelerates to a moderate 11,1 seconds to 100 km / h. The maximum speed is capped at 162 km / h, which means that you are still sufficiently within the recommended motorway speed. That is probably also the point of criticism for sporty drivers, during kickdowns or at high speeds from 120 km / h the internal combustion engine can be heard loudly in the interior.

The driving mode can be selected between hybrid mode (HV) or electric mode (EV). The charging time at the home socket takes about 3 hours, so the charging process overnight makes the most sense. At a moderate pace and optimal conditions, you can drive up to 50 kilometers electrically, even up to a speed of up to 135 km / h.

A look at the consumption values ​​reveals some positive surprises. In the long-haul area with many kilometers of autobahns, the strict closure means that consumption values ​​between 6 and 8 liters can be achieved. The low CW value of 0,25 has an advantageous effect here. As soon as the maximum speeds were severely limited, in a traffic jam in stop-and-go mode or in the city area, the support of the electric motors means that the vehicle is well below 5 liters. On average over the test period, the Prius used between 4,5 and 5 liters of Super E10 petrol.

The hybrid drivers appreciate the sufficient range and do not have to take long charging times for the battery into account. On the other hand, the typical maintenance and repair costs of gasoline engines such as oil changes, cooling water hoses or changing the timing belt also arise in the long term. In addition, there are also repair costs for faults in the hybrid drive.

The advantage of the Prius Plug-In Solar is clearly when driving in the low speed ranges. Here it shows the advantages of the interaction between the drive sources. When kicking down or at high motorway speeds, some compromises have to be made because of the noise level in the interior due to the high speeds of the combustion engine and the background noise of the planetary gear. Those who consciously rely on decelerated driving are in good hands in the new Prius.

There are more tests and detailed reports in the current issue. Subscription under: