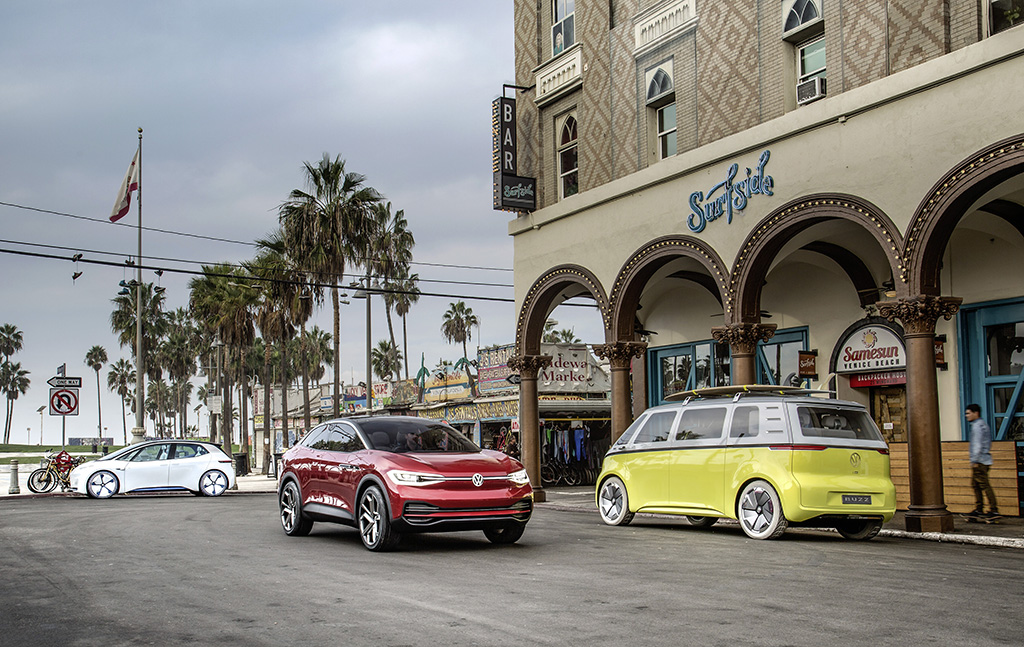 As part of the Los Angeles Auto Show and at last year's IAA, Volkswagen gave an outlook on its ID family and thus an outlook on the electromobility offensive. Three show cars were presented to the public: the compact ID, the spacious IDBuzz and the SUV IDCROZZ. The compact four-door study ID will be the first model in the ID family to be launched in Europe. In the USA it will be an SUV model based on the IDCROZZ. The IDBUZZ - a fully electric van - is planned for 2022. In addition to the bus variant, the electric Bulli will also appear as IDBUZZ CARGO, which is planned for emission-free delivery traffic. As a zero-emission van, it should be able to cover distances like today's gasoline-powered vehicles: a range of up to 600 km is planned. The 275 kW system output is distributed over two electric motors and enables the E-Bulli all-wheel drive.

The Volkswagen ID is expected to roll off the production line at the Zwickau plant as early as the end of 2019 and take off in parallel with the Golf. The current study is powered by an electric motor with 125 kW (170 PS) on the rear axle and should be able to cover between 400 and 600 km on one battery charge. As the first compact Volkswagen, the ID is based on the new modular electrification kit (MEB). The purely electric MEB models offer the option of optimally arranging the drive components thanks to the purely electric drive. The ID should reach a top speed of 160 km / h. Acceleration from 0 to 100 km / h will take less than eight seconds. Since the ID can be configured with batteries of different sizes, the drive and thus also the range of the car (400 to 600 km) can be tailored to the individual use of the car. In the "ID Pilot" mode, the compact electric vehicle will then be able to drive autonomously from 2025 onwards. 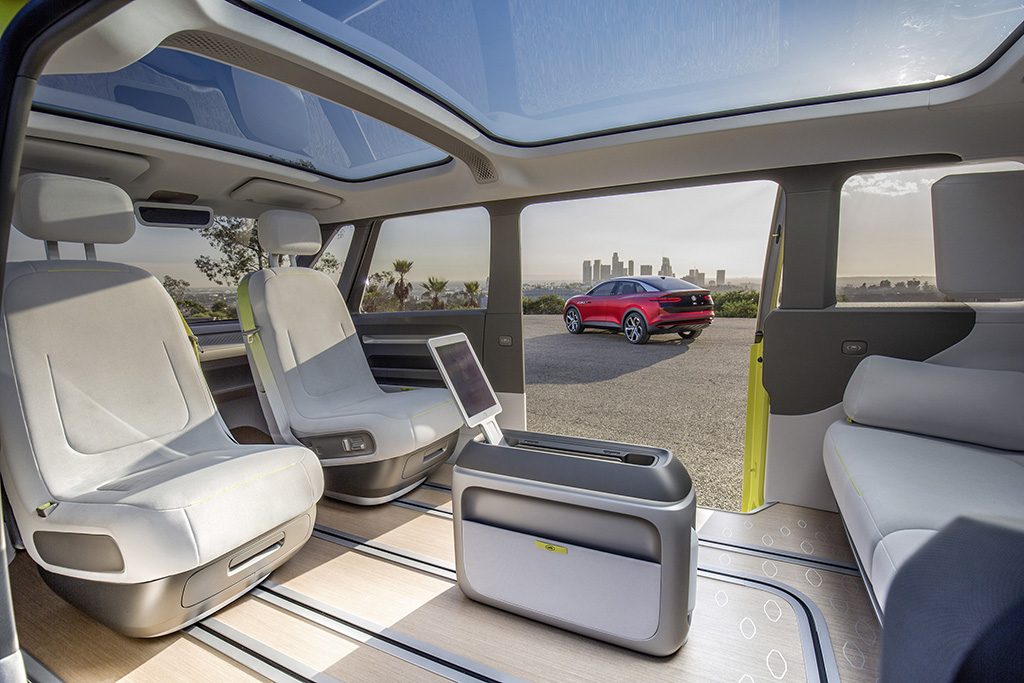 The IDCROZZ SUV, which is set to become the first model of the ID family in the USA in 2020, is a crossover consisting of an SUV and a four-door coupé. The SUV series will be offered in parallel to the Tiguan and have 4Motion all-wheel drive. With its lithium-ion battery, which should have a capacity of 83 kWh, the electric SUV can cover a range of up to 500 km (NEDC). In 30 minutes, the high-performance battery can use the fast-charging system with an output of 150 kW (204 PS) to take up 80 percent of its energy capacity. The two electric motors with a system output of 225 kW (306 hp) drive the axles directly. The IDCROZZ also has extended voice control - all doors should be able to be opened and closed using natural voice commands and a fully automated mode can be activated / deactivated.

More than 2020 Volkswagens are to be built on the MEB platform by 100.000, and more than 2022 all-electric cars are to be offered by 20. So it remains to be seen what will happen in the next few years.

More information on the latest innovations from Volkswagen in the current issue of green car magazine. Subscription under: